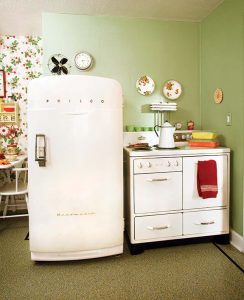 Quality used to mean something to companies.

A century ago, when people parted with their hard-earned money to buy something, they expected it to last one or more lifetimes.

Durability was a key design criteria.

But, as the stock market became more central to the American psyche and to executive compensation, the quality of available products and services began to decline in the name of profits above all else. 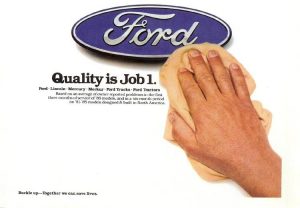 There was a temporary consumer revolt decades ago that resulted in companies pretending that quality was more important than profits, but it didn’t last long. In the end, Americans accepted the decline in quality as outsourcing and globalization led to declining prices (and of course higher profits) and fewer goods carrying the “Made in the USA” label, quickly replaced by Japan, China, Mexico, Vietnam, Bangladesh and the rest. 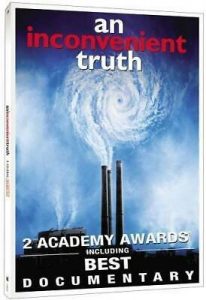 Around the turn of the century we had the birth of the Cradle-to-Cradle (C2C) movement followed a few years later by Al Gore’s An Inconvenient Truth. Perhaps people were beginning to wake up to the fact that our planet’s resources are not infinite and our culture of disposability was catching up to us.

But these movements failed to maintain their momentum and the tidal wave of stores stocking disposable goods continued unabated – dollar stores and party stores spread across the country like a virus. States like New York began shipping their garbage across borders as their landfills reached capacity. Unsold goods began being dumped on the African continent and elsewhere (think about all those t-shirts printed up for the team that didn’t end up winning the Super Bowl).

Is now the time for the winds to shift yet again in favor of quality and sustainability after decades of disposability?

Will more companies better embrace sustainability like Patagonia is attempting to do?

People have been complaining for years about the high cost to repair Apple products and the increasing difficulty of executing these repairs oneself. Recently Apple was FORCED by shareholder activists to allow people to repair their iPhones. Here is their press release that tries to put a positive spin on what they were pressured into doing.

This is the moment for shareholder activists and governments around the world to force companies to design for repairability, reuse and a true accounting of the costs of their products and services inflict upon the populace and the planet. The European Union and Mexico are working together towards this not just because the planet needs this, but because The Circular Economy Creates New Business Opportunities.

Meanwhile, Toyota recently announced that starting this year (2022) in Japan that they will retrofit late-model cars with new technology if the customer desires it. The company aims to let motorists benefit from new technology without having to buy a new car. 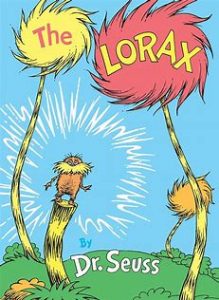 Toyota calls this “uppgrading” and defines it as retrofitting safety and convenience functions, like blind spot monitoring, emergency braking assist, rear cross-traffic alert, and the addition of a hands-free tailgate or trunk lid. Remodeling will also be an option and will include replacing worn or damaged parts inside and out, such as the upholstery, the seat cushions, and the steering wheel.

Are these two companies voluntary and involuntary actions the beginning of a trend – finally?

Or will the culture of disposability continue unabated until our natural resources are exhausted?

Do we truly live in the land of the Lorax? 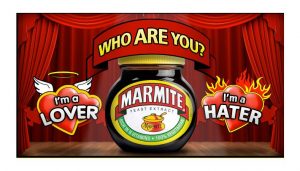 Now that I’ve got your attention, let’s talk about homosexuality and whether it has any impact on innovation. There probably are two no more polarizing topics in the United States than homosexuality and abortion. But the truth is that if both sides of the political and religious spectrum focused on the golden rule, there would be less corruption, we’d all be a lot happier, probably have more innovation, and our politics would be more productive.

Today we have another great case study for how short people’s attention spans have gotten, how the government can help or hinder innovation, how little investigative journalism still remains in the United States, and how easily people are swayed by a soundbite that runs contrary to (or in support of) their own personal religious or political beliefs.

But this article isn’t going to be some diatribe in support or opposition to Indiana’s Religious Freedom Restoration Act (RFRA) legislation (referred to by the media as an anti-gay law) because I freely admit I don’t fully understand all of the implications of a similar federal law and whether federal protections for gays apply to the state law.

Instead I’d like to focus briefly on what this controversy brings to mind for me in regards to the efforts of hard-working folks attempting to stimulate innovation in Indiana (and elsewhere).

If we take Maslow’s Heirarchy of Needs as gospel (okay, maybe that’s dangerous word choice), then safety is one of the most important needs for people, and in order to innovate people must feel safe. True innovation usually requires taking risks and doing things in a new way, and if people feel that trying something new or even just being different has a high price, then people won’t step out of their comfort zone and push the boundaries of conventional wisdom. So if we are truly trying to do everything we can to inspire innovation in our region, shouldn’t we also try to do everything we can to make it feel like a place where it is safe to be different and where that difference is potentially even celebrated?

Point #2: Diversity is Important (to a point)

We all look at the same situation through different eyes and a different history of experiences, values and beliefs. This diversity can help create different idea fragments that can be connected together to create revolutionary new ideas with the potential to become innovations. But at the same time, having some shared experiences helps to make it easier to communicate and to have a higher level of trust (assuming those experiences were good ones). So if we are truly trying to do everything we can to inspire innovation in our region, shouldn’t we also do everything we can to make different groups of people look to our region as a good place to move to so we have a diverse talent pool?

The world is changing. It used to be that companies started and grew in the community where they were founded, hiring increasing numbers of people from the surrounding areas and attracting others from elsewhere. Now, an increasing number of companies (especially digital ones) are moving to more distributed models where they create satellite offices where the talent is rather than trying to attract all of the talent to a single location.

Economically this is meaning that it is becoming less important that the next Facebook starts in your town than it is for the next Facebook to want to have an office in your town. This means that for cities, counties, states and countries, the greater economic impact is likely to be made not from trying to encourage lots of startups, but instead from trying to create an environment that young, talented people choose to live in.

And when you create a place that is attractive for smart, creative people to move to, you know what, you’re likely to end up not just with more growing digital companies seeking a presence, but also a larger number of startups than if you started with the goal of specifically trying to encourage startups.

Does your region focus on creating startups as the primary goal or on making itself an attractive place for a young, diverse and talented population to live?

Does this uproar help Indiana establish its as an attractive place to be, or work against that perception?

P.S. If you’re curious, here are The Metro Areas With the Largest, and Smallest, Gay Populations (for what it’s worth, Indianapolis isn’t on either list)