Can Microsoft win the Android and iPhone Haters? 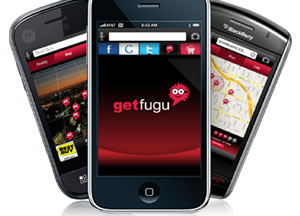 Nobody, including people inside Microsoft, would argue with the fact that Microsoft beat Google and Apple to the Mobile OS marketplace, but lags them both in terms of market share.

According to Wikipedia, the IBM Simon was the world’s first smartphone and was released to the world nearly twenty years ago. This means that the smartphone market is yet another example of a market where mass adoption has lagged behind initial product introduction by 20-30 years. For the inventor audience this is important to note, because it shows that #1 – innovation takes time – and #2 – that being first is no guarantee of being number one in the market when mass adoption arrives.

Well, mass adoption in the smartphone market is now upon us.

The only question is – which operating system maker will dominate the golden years of the smartphone market?

Will it be Apple or Google?

Or do Microsoft and RIM have a change to counterattack and make themselves relevant again?

Invention does not guarantee innovation. Innovation requires that you create value above every existing alternative and that you achieve wide adoption. The reason we often see changes in the leadership of the marketplace of an emerging innovation is that often the market creator does a worse job than new entrants of adapting their solution offering for the evolving desires of the customers. New entrants generally see an opportunity to solve problems that the incumbents don’t, and an create new value that the incumbent solutions don’t deliver.

But can an incumbent react to newer entrants and rebuild momentum in the marketplace?

Motorola’s revitalization in mobile handsets shows that a competitive response focused on leadership instead of reaction can in fact get you back in the game.

So can Microsoft do the same thing and steal share from Apple and Google in the smartphone OS market?

The answer lies in whether Microsoft can do a better job than Apple or Google (or even RIM) of understanding why people hate their current smartphones, while also anticipating:

Can Microsoft and Nokia come up with the answers that the marketplace will accept in 6-12 months? Are their existing phones the right answer for customers now?

I don’t know. But I can tell you that I hate, absolutely hate, the Google Android operating system on my Samsung Galaxy S. The Samsung device itself seems relatively well-designed but the Google Android OS is always crashing, doesn’t make smart use of the SD Card (the internal memory is always filling up), and leaves me constantly frustrated.

I bought two Samsung Galaxy S phones on T-Mobile over two iPhones on Verizon or AT&T for my wife and I, because they will cost me $1,000 less over the two-year commitment.

I can tell you with certainty that my next smartphone when I’m eligible for an upgrade will NOT be a Google Android phone. At the same time I know people who hate their iPhones and their Blackberries as well, so this represents an opportunity for Microsoft to convert disgruntled iOS, Android and Blackberry customers. Plus, there are a still a lot of people without a smartphone that will buy one in the next 6-12 months.

These two market dynamics represent a huge opportunity for Microsoft to get back in the smartphone OS market. The only question is:

Will they take advantage of this opportunity?

Article first published as An Opening for Microsoft and Nokia? on Technorati.

Braden Kelley is a Human-Centered Experience, Innovation and Transformation consultant at HCL Technologies, a popular innovation speaker, workshop leader, and creator of the Human-Centered Change™ methodology. He is the author of Stoking Your Innovation Bonfire from John Wiley & Sons and Charting Change from Palgrave Macmillan. Braden has been advising companies since 1996, while living and working in England, Germany, and the United States. Braden is a US Navy veteran and earned his MBA from top-rated London Business School. Follow him on Linkedin, Twitter, Facebook, or Instagram.
View all posts by Braden Kelley →
This entry was posted in Apple, Design, Innovation, Leadership, marketing, Strategy, Technology and tagged Android, Apple, AT&T, gadgets, Google, iOS, Microsoft, mobile, RIM, T-Mobile, Verizon, Windows Phone. Bookmark the permalink.