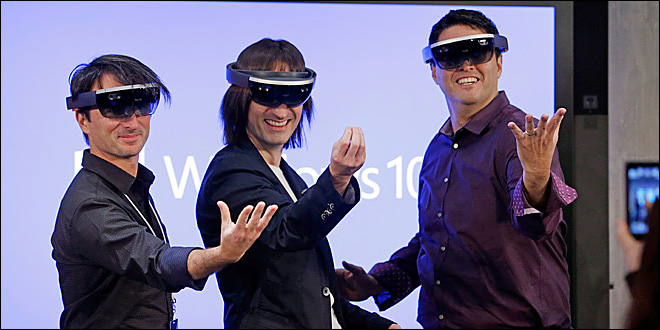 I have to start that word, because I’m not sure how else to describe what has just emerged from Microsoft Research in the new Microsoft HoloLens.

And as I say in the title, if you watch the video below you’ll clearly see that Microsoft has just busted Google Glass – both lenses.

I said from the beginning that Google Glass would never catch on as a consumer product, because they look dumb, cost a lot of money, and don’t really fit into most people’s lives (or add much of anything to them). Recently Google shut down its consumer facing Google Glass program while they try to fix its shortcomings.

Microsoft’s HoloLens on the other hand, if you’ve ever read Innovation is All About Value (if not, follow the link) then you’ll quickly see after watching the video above that Microsoft’s new potential innovation ticks all three boxes in my innovation success prediction framework: 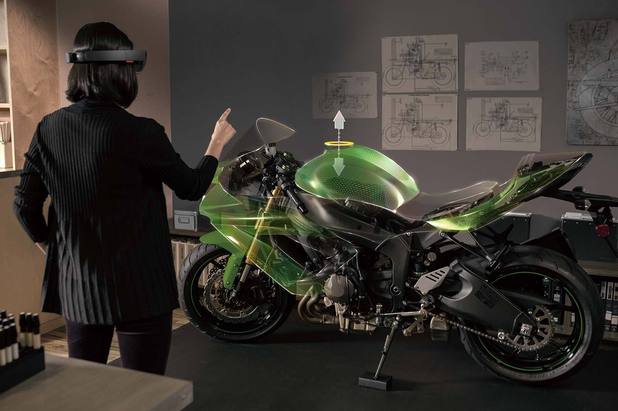 Microsoft is being intentionally coy about saying when it will be releasing the Microsoft HoloLens, but some people are predicting it will be available in the Windows 10 launch timeframe, which Microsoft is also being vague about saying only “later in the year” – which for my money usually means Q4 (or maybe Q3) depending on how the preview version does in the wild.

So what do you think of Microsoft’s new HoloLens?

I for one will be reaching out to my friends at Microsoft (you know who you are) to get a personal preview for a further write-up in Innovation Excellence (the world’s most popular innovation web site), so stay tuned!

Braden Kelley is a Human-Centered Experience, Innovation and Transformation consultant at HCL Technologies, a popular innovation speaker, workshop leader, and creator of the Human-Centered Change™ methodology. He is the author of Stoking Your Innovation Bonfire from John Wiley & Sons and Charting Change from Palgrave Macmillan. Braden has been advising companies since 1996, while living and working in England, Germany, and the United States. Braden is a US Navy veteran and earned his MBA from top-rated London Business School. Follow him on Linkedin, Twitter, Facebook, or Instagram.
View all posts by Braden Kelley →
This entry was posted in Design, Innovation, Technology and tagged 3d printing, future, gadgets, Google, holograms, Microsoft, Microsoft HoloLens, Trends, Windows 10, Windows10. Bookmark the permalink.