Can Windows 10 Disrupt Android and Get Microsoft Back in Handset Game? 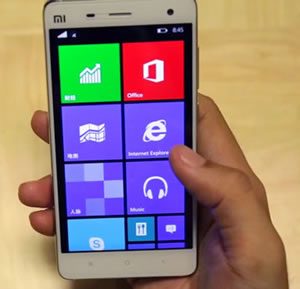 I came across an article on Mashable recently highlighting a new Microsoft experiment. It highlights something that Microsoft has prototyped to test as part of their strategy to regain momentum in the mobile phone market by focusing on markets outside the United States where the first generation of the smartphone adoption battle hasn’t already been decided.

The first Microsoft branded phones are now appearing in the market as the relevance of the Nokia brand in the mobile phone market has nearly completely disappeared. With a single digit market share, Microsoft has to do something disruptive to get back in the game and get some value out of their huge Nokia acquisition. Most people would say that doing something disruptive is outside of Microsoft’s comfort zone, but there are examples to the contrary where Microsoft has been more innovative than Google or Apple, so nothing is impossible.

So enough buildup. What exactly is Microsoft fooling around with as a potential strategy to get back in the global smartphone market?

Microsoft is working with Xiaomi to prove that it is possible to bring Windows to Android hardware. The technical details aren’t all that important, the bigger question is whether Android handset owners would consider doing this or not.

The big value proposition highlighted in the Mashable article is that Windows is less hungry for resources than Android and so especially for people with older smartphones the switch could make their handset feel more responsive. Someone switching like this probably wouldn’t make Microsoft any immediate money, but of course the hope would be that when they upgraded that they would choose a Microsoft OS handset for their next smartphone.

As someone who ditched his Android phone for a Nokia Lumia phone running Windows Phone and never looked back, I can confirm that Windows Phone is better than Android (althought the App selection is much smaller).

Given that Windows Phone biggest weakness is probably App availability, Microsoft better do everything they can to convert phones over to their new Windows 10 OS, other way that gap will never close. Will this experiment be fully unleashed? Will it work? Could Microsoft disrupt the smartphone market and get back in the game with this approach?

I guess only time will tell.

In the meantime, if you want to see more, check out the video above and work on your Chinese at the same time.

If you’re not sure what I meant by seamless computing when I referred to it above, I encourage you to check out my previous article – Cloud Computing is Dead, Long Live the Cloud! (which is also available as a narrated audio file)

Braden Kelley is a Human-Centered Design, Innovation and Transformation consultant at HCL Technologies, a popular innovation speaker, workshop leader, and creator of the Human-Centered Change™ methodology. He is the author of Stoking Your Innovation Bonfire from John Wiley & Sons and Charting Change from Palgrave Macmillan. Braden has been advising companies since 1996, while living and working in England, Germany, and the United States. Braden is a US Navy veteran and earned his MBA from top-rated London Business School. Follow him on Linkedin, Twitter, Facebook, or Instagram.
View all posts by Braden Kelley →
This entry was posted in Apple, Strategy, Technology and tagged Android, Google, iOS, iphone, Microsoft, mobile, Windows 10. Bookmark the permalink.