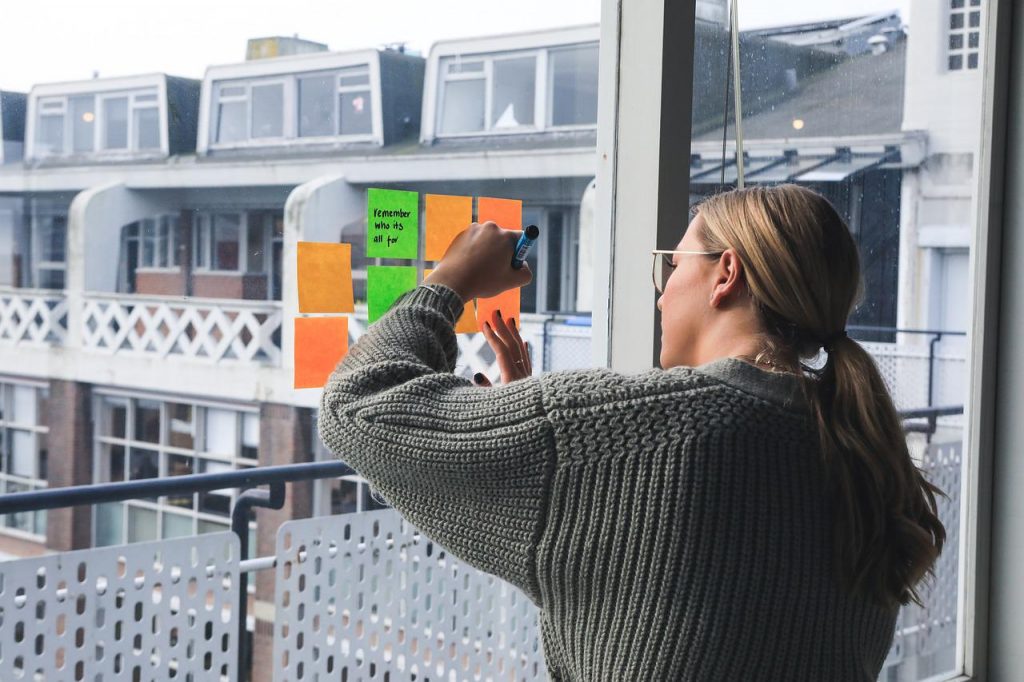 Healthcare professional schools, healthcare innovation and entrepreneurship education, and training programs are growing. However, one question is should they be required or elective?

The medical student persona has changed in the past several years. Seeing around corners is always hard. However, to go to where the puck will be is a useful step when planning strategy and tactics to meet the needs of customers segments. Here are some ways to help build your parabolic mirror view of what’s next.

If you have a product or service and are planning not just for the now, but the next and new, then painting a picture of your customer archetype or persona is a key tool.

Do you know who your dream customer is?

There are three steps for understanding your dream customer:

Here are the various sickcare innovation and entrepreneurship student segments.

That said, the argument for mandatory is that all students should be exposed to core concepts, like design thinking, much like rotating through core clinical rotations, if nothing else, to get exposure to potential career choices. It might even make them better doctors and possibly help with burnout.

The argument for elective is that all students won’t have the same interests and it would be a waste of time and resources leading the laggards to water knowing you can’t make them drink.

One way to sort potential students is to understand the entrepreneurship education customer segments and their 3 core personas.

The Convinced and Confident know entrepreneurship should be part of their career pathway. In fact, many of them have had entrepreneurial life experiences prior to medical school.

The Curious but Clueless don’t know what they don’t know but are willing to learn more. Many have never held a job in their life. Some might be willing, but unable to develop an entrepreneurial mindset. Others discover their innerpreneur, and move on.

Here is what I learned teaching sickcare innovation and entrepreneurship to 1st year medical students.

Here is what I learned teaching sickcare innovation and entrepreneurship to a cohort of xMBA/HA students.

If you are part of creating or teaching these programs, you will eventually have to sort the wheat from the chaff. If you are a leaderpreneur, your job will depend on doing so. 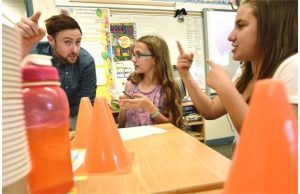 What do you get when you take the technology away from a group of 10 and 11 year olds and ask them to be creative with a handful of household objects?

Well, Thomas Fraser, a teacher at Crestwood Elementary School in Edmonton, Canada, troubled by the short attention spans of today’s youngsters endeavored to find out by creating what he calls the Bored Game, which involves giving students a handful of common household objects with the only instruction being to do something interesting with them.

The reaction at first from his group of always on youngsters were perplexed looks of how can I create something without an iPad, smartphone or a computer?

Then they started to get into it, and were sad when they didn’t get to play the Bored Game.

CTV recorded an interview about the Bored Game that you can watch here:

(sorry, video is no longer available)

My favorite part of the story is that they’re finding that the performance of the children in a range of subjects is increasing as the children have this periodic time to play and engage their creative problem solving skills.

So, maybe we need less technology in the classroom if we want to teach kids how to learn?

We’ve all heard the saying “If you give a man a fish he’ll eat for a day, if you teach a man to finish he’ll never go hungry.”

If you want your child to be more successful, you have to do the same thing…

For more, I encourage you to check out the Edmonton Journal Article (link expired) 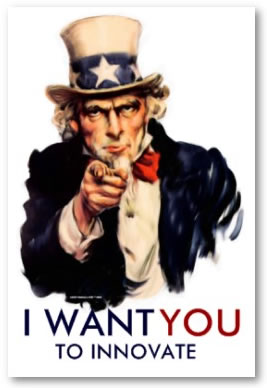 Lets look at Innovation, Crowdsourcing, and the United States Government for a minute…

The world continues to move faster than ever and diplomatic responses from the United States are required that are both increasingly more complex and more urgent, and the required solutions must address the inherent situational challenges while also protecting the interests of the United States and its allies. To deal with this diplomatic reality, the United States State Department is embracing the principles of crowdsourcing, eGovernment, and open innovation and partnering with America’s best universities to help solve the World’s biggest challenges as part of a new initiative called Diplomacy Lab. I found the following after meandering through a bread crumb trail of tweets from @AlecJRoss (Hillary Clinton’s former Chief Innovation Officer):

Diplomacy Lab is designed to address two priorities: first, Secretary Kerry’s determination to engage the American people in the work of diplomacy. And second, the imperative to broaden the State Department’s research base in response to a proliferation of complex global challenges. The initiative enables the State Department to “course-source” research and innovation related to foreign policy by harnessing the efforts of students and faculty experts at universities across the country. Students participating in Diplomacy Lab explore real-world challenges identified by the Department and work under the guidance of faculty members who are authorities in their fields. This initiative allows students to contribute directly to the policymaking process while helping the State Department tap into an underutilized reservoir of intellectual capital. Teams that develop exceptional results and ideas are recognized for their work and may be invited to brief senior State Department officials on their findings.

This then led to me to information about another digital diplomacy program.

The Virtual Student Foreign Service (VSFS) is part of a growing effort by the State Department to harness technology and a commitment to global service among young people to facilitate new forms of diplomatic engagement. Working from college and university campuses in the United States and throughout the world, eInterns (American students working virtually) are partnered with our U.S. diplomatic posts overseas and State Department, U.S. Agency for International Development (USAID), the U.S. Department of Agriculture (USDA), the Broadcasting Board of Governors (BBG) and the U.S. Commercial Service domestic offices to conduct digital diplomacy that reflects the realities of our networked world. This introductory video provides an overview of the VSFS program.

VSFS eIntern duties and responsibilities will vary according to the location and needs of the VSFS projects identified at the sponsoring domestic or overseas diplomatic office. VSFS projects may be research based, contributing to reports on issues such as human rights, economics or the environment. They may also be more technology oriented, such as working on web pages, or helping produce electronic journals. Selected students are expected to work virtually on an average of 5-10 hours per week on VSFS eInternship projects. Students apply in the summer and if selected, begin the eInternship that fall lasting through spring. Most work and projects are internet-based and some have language requirements. Past projects asked students to:

It is fascinating to see the world changing before our eyes and to see the children and young people of today engaged in commerce and government and entrepreneurship in ways that weren’t available to previous generations of young people. This only helps to accelerate the pace of change. But, the reality is that when an organization sits at the fork in the road and is making the decision of whether or not to actively engage people outside their four walls in their strategic efforts, the choice really is to either ride the crest of the wave by embracing and engaging talent outside your organization or choosing instead to get tumbled and drowned by this wave of progress by doing nothing.

What choice is your government or your organization making?

If you’re not sure how your government or your organization needs to change to adapt to these changing realities, check out my previous article:

What is the Role of Personal Branding in Achieving Innovation Success?