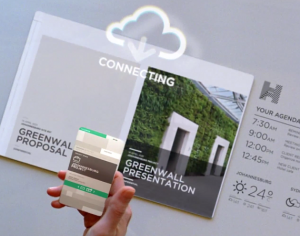 I came across the latest vision of future productivity from Microsoft today and thought I would share it with you, along with a whole series of previous videos from Microsoft taking a look at the same subject area, ranging from 2009-2015. It is interesting to see what has changed and what has stayed the same over those six years in their view of the future.

So, here is Microsoft’s latest vision of future productivity:

And here is a closer in, more present-oriented view of changes in how people think about technology, collaboration, and productivity from Julia White, General Manager, WW Office Marketing, Microsoft:

It can also be interesting to see how visions of the future evolve over time, so here is Microsoft’s vision of the future from October 2011:

I’d be curious to hear your thoughts and reactions to this series of videos and where you think things are going in the near term and longer term.

Braden Kelley is a Director of Design Thinking, Innovation and Transformation at Oracle, a popular innovation speaker, workshop leader, and creator of The Change Planning Toolkit™. He is the author of Stoking Your Innovation Bonfire from John Wiley & Sons and Charting Change from Palgrave Macmillan. Braden has been advising companies since 1996, while living and working in England, Germany, and the United States. Braden earned his MBA from top-rated London Business School. Follow him on Twitter and Linkedin.
View all posts by Braden Kelley →
This entry was posted in Innovation, Technology and tagged collaboration, future, gadgets, hardware, Microsoft, mobile, productivity, software, Trends. Bookmark the permalink.