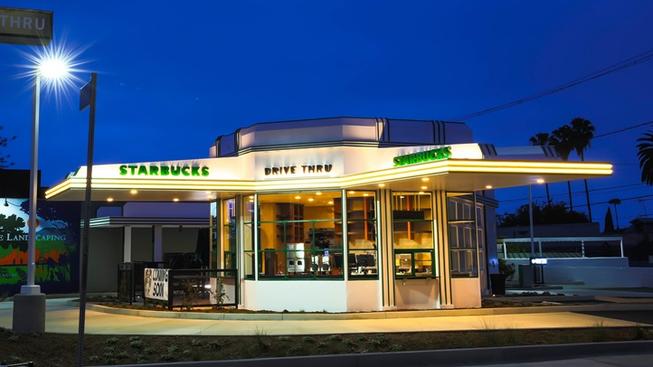 Recently the Seattle Times published an article from the Washington Post highlighting a gas station in Maryland that has made the bold move of turning off its gas pumps and installing electric charging stations in their place. Which got me thinking…

Given that in the early days of automobiles you had to go to the pharmacy and buy gasoline in open containers before an evolution began to curbside gas pumps before finally arriving at the drive thru format we have today, why would it be crazy to think that we are due for the next reinvention of refueling now that electric vehicles are beginning to catch on?

And what might a “gas” station v5.0 look like?
(the first four generations being pharmacy, curbside, drive thru full serve, and self serve) 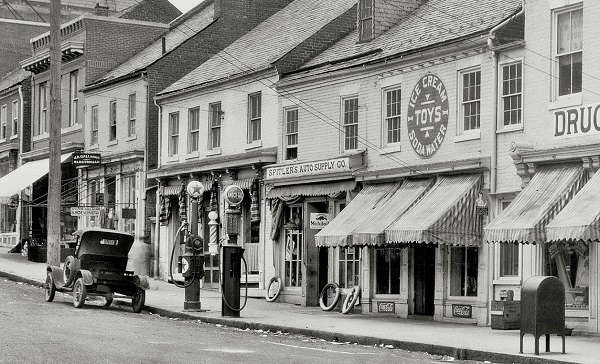 Given that it takes 15-30 minutes to quickly recharge an electric car, a “gas” station v5.0 may very well end up looking like a Starbucks.

Are people going to want to hang out in their cars while they recharge?

Wouldn’t they rather chill out in a Starbucks sipping on a latte (or a hot chocolate) while they wait for enough juice to keep rolling down the road?

So shouldn’t Starbucks be considering entering the “gas” station business?

Or is the somewhat random growth of electric charging likely to continue?

The answer for me is of course both…

In urban environments I would imagine the trend of a lot of one-off charging stations to continue.

But if I were Starbucks I would look at the interstate highway system and consciously set up Starbucks locations next to gas stations and install electric vehicle charging stations as part of the design. That way you get business from the large number of internal combustion drivers and the small number of electric vehicle drivers now, while those numbers gradually invert over time. 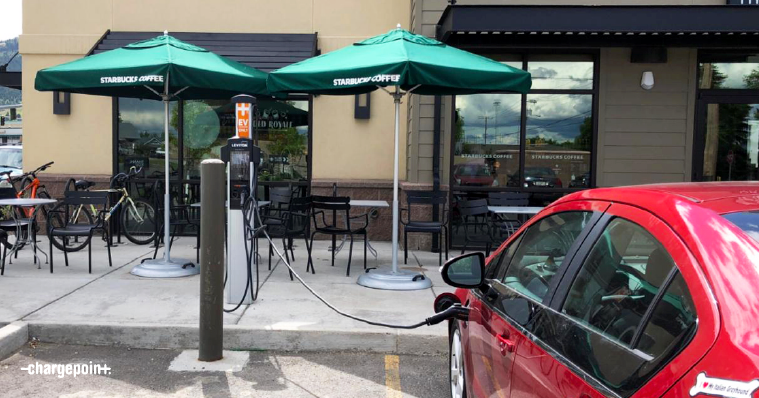 Maybe Starbucks could even do a deal with Tesla Motors like they did with Fred Meyer (a small superstore chain with groceries that is part of the Kroger family). Or maybe Nissan or GM want to get in on the action instead. 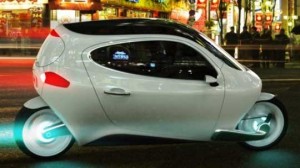 I came across the C-1 from Lit Motors in an article by Donna Sturgess over on Innovation Excellence that made me wonder, will this be an invention or an innovation?

Is the gyroscopic stabilization and electric drive enough to distinguish it from some of these other options?

For me there are a couple of key questions. Are they going to try to keep it categorized as a motorcycle or try and get it categorized as a car? And if so, will it survive the car crash safety tests. Although getting it re-classified as a car might make it more accessible (no motorcycle license needed), I have a hard time thinking the greater access would offset the publishing of head on and rear crash test results (and pictures). So, I would place this one in the invention camp – unlikely to reach wide adoption.

What do you think? Invention or innovation?

Is this something that will catch on with commuters around the world?