Is Amazon Echo the Answer to Google? 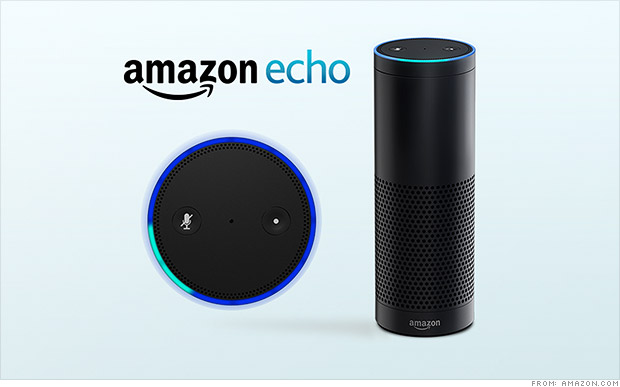 Today Amazon launched the Echo – an internet appliance with voice recognition and response designed to be to your living room what Siri and Cortana are to your pocket (you ask, it answers).

It is a bold move for Amazon in the wake of their disastrous market entry into the phone market with the Amazon Fire phone, and whether by luck or by design represents more of what customers are likely to give Amazon permission to do in the marketplace. And even though the Amazon Fire phone may be a failure, Amazon no doubt has learned a lot from the experience and from their experience with the Kindle e-reader and Kindle Fire tablets that will help them with the Echo.

The Echo is one reason that Google is worried about Amazon in the search market, because what would do Echo (Amazon), Siri (Apple) and Cortana (Microsoft) truly represent for Google but a direction in the search business that represents a huge revenue threat for Google.

When you ask Echo, Siri, or Cortana a question instead of typing it into a Google (or Bing) search box, Google (or Microsoft) make zero dollars, not even a single cent.

People may forget (or not even know) that Amazon has a search engine company, and owns other search related assets like iMDb and Alexa. Don’t think Amazon sees search as a new frontier for them?

Check out the A9 web site (which years ago used to look just like Google with a simple search box) to get a better sense of how Amazon thinks about search,

So what does nirvana look like in a world with Echo in the center?

Check out Amazon’s promotional video, which has already received 500,000 views at the time I wrote this article:

So, does echo fit into your life? Do you want it to?

I for one have signed up for an invitation to buy one (though it is not actually worth $99 to me – the Amazon Prime member discounted price – down from $199) hoping that Amazon in its infinite wisdom will send me one for free so that I can check it out and report back on it here on the world’s most popular innovation web site.

Oh, and by the way, if you didn’t already know Google now lets you search with your voice on your desktop too, but of course that it’s in the browser so they can still show you ads and make money.

I can’t help thinking that Amazon is behind schedule with this product though. I’m sure they probably wanted to be by invitation only over the summer and shipping in volume for the Christmas, Chanukkah and Kwanza gift giving season, but what are you going to do, invention is hard, unpredictable work. Whether this invention will turn into an innovation, only the consumer market can decide.

Braden Kelley is a Director of Design Thinking, Innovation and Transformation at Oracle, a popular innovation speaker, workshop leader, and creator of The Change Planning Toolkit™. He is the author of Stoking Your Innovation Bonfire from John Wiley & Sons and Charting Change from Palgrave Macmillan. Braden has been advising companies since 1996, while living and working in England, Germany, and the United States. Braden earned his MBA from top-rated London Business School. Follow him on Twitter and Linkedin.
View all posts by Braden Kelley →
This entry was posted in Apple, Technology and tagged A9, Appliances, Bing, Google, internet, Internet of Things, Microsoft, search, voice. Bookmark the permalink.