Will Health Sensors Make iWatch the Must Have Wearable?

Posted on September 9, 2014 by Braden Kelley 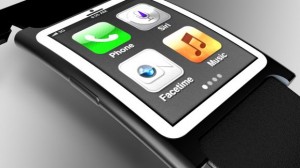 Back in the 1990’s NBC referred to Thursday night as must watch television, and when it comes to making the transformation from invention to innovation, an innovation often needs a ‘Must Have’ feature.

So, with rumors swirling about the potential introduction today of an Apple iWatch, will Health Sensors make the iWatch a ‘Must Have’ or a ‘Must Wear’?

Will the iWatch do to the Fitbit and Nike Fuelband what the iPhone did to the Flip video camera?

If so, it will be yet another example of how it is more important to build a product or service that moves people. Move them not in a spiritual way (although creating something akin to a spiritual experience can help), but in an emotional way where the product or service (through value creation, value access, and value translation) provides enough ‘Must Have’ (or at least ‘Must Try’) to move people to abandon their existing solution (even if it is the ‘Do Nothing’ solution) to try and ultimately adopt your new solution in large numbers.

Moving people in this way is what moves your product or service from being an invention, to being an innovation.

Will the purported ten sensors of the iWatch provide enough entertainment, functionality, and actionable information to make the iWatch a ‘Must Wear’, make it a device that you won’t want to take it off?

If Apple can pull that off, then they will have a huge hit on their hands.

Have they seeded an ecosystem to grow after the launch of the iWatch?

Or is it too early for Apple to launch an iWatch?

What ten sensors would make an iWatch a ‘Must Wear’?

I guess we’ll find out next year.

Braden Kelley is a Director of Design Thinking, Innovation and Transformation at Oracle, a popular innovation speaker, workshop leader, and creator of The Change Planning Toolkit™. He is the author of Stoking Your Innovation Bonfire from John Wiley & Sons and Charting Change from Palgrave Macmillan. Braden has been advising companies since 1996, while living and working in England, Germany, and the United States. Braden earned his MBA from top-rated London Business School. Follow him on Twitter and Linkedin.
View all posts by Braden Kelley →
This entry was posted in Apple, Headlines, Innovation, Technology and tagged Apple Watch, health, iwatch, sensors, technology, wearables, wellness. Bookmark the permalink.