The Code for Successful Innovation 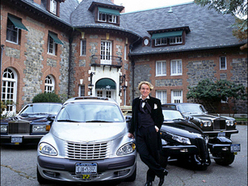 I had the opportunity to attend the Front End of Innovation a couple of years ago in Boston and of the three days of sessions, I have to say that unlike most people, my favorite session was that of Dr. Clotaire Rapaille. The author of “The Culture Code: An Ingenious Way to Understand Why People Around the World Live and Buy as They Do”, Dr. Rapaille extolled the crowd with his thoughts on ‘codes’ and ‘imprints’.

For me this particular session was the one that most synchronized with how I view the front end of innovation. For me, the front end has nothing to do with ideas or managing ideas, but instead is all about uncovering the key insights to build your ideation on top of.

Now, there are lots of insights that you can build your ideation on top of to create potentially innovative ideas. Consumer insights is one of the building blocks and the one that Clotaire Rapaille has built his empire on. Dr. Rapaille’s core premise is that there is a ‘code’ for each product and service that drives its purchase and adoption. That ‘code’ in turn is driven by the ‘imprints’ that people make when they first understand what something is for the first time and the sensations and feelings they associate with it.

For example, kids don’t grow up drinking coffee, but they grow up smelling coffee from a very young age, most often in the home. So, most of us imprint coffee to the home and our mothers and have a stronger feeling about the smell of coffee than the taste. What does this mean for coffee sellers? Well, instead of focusing on the taste to drive sales (the logical response), they are more likely to have success by focusing on the smell and on creating images that make the product feel like home.

Taking the concept of ‘codes’ and ‘imprints’ further, Dr. Rapaille spoke about how he doesn’t trust what people say, and so he instead focuses on what people do. If you look back at the coffee example, our logical brain would tell us to prefer the coffee that tastes the best, but the reptilian brain will prefer the coffee that smells the best because of the strength of the imprinting. And according to Dr. Rapaille, the reptilian brain always wins.

To make his point, Dr. Rapaille talked about how we remember our dreams – because the cortex arrives late for work. Translation? Our logical brains (cortex) arrive after a decision has already been made by the reptilian brain or the emotional brain and so the logical brain gets put to work justifying the reptilian or emotional brain’s decision with logical reasons. How else would you explain the purchase of a Hummer after all?

Sounds easy right? Well, it gets more complicated as culture gets involved. For example, another of Rapaille’s examples that was not shared at the event is how in the United States the code for a Jeep is ‘horse’ and so the headlights should be round instead of square because horses have round eyes, but in France the code for Jeep is ‘freedom’ because of the strength of WWII liberation imprints – meaning that the marketing strategy for Jeep in France is completely different than in the United States.

Because imprints happen in general at a very young age and given the reach of Dr. Rapaille’s work, you can see very quickly why so many organizations are marketing to children, even for products that are for adults – seemingly as a way to make sure that ‘imprints’ are made so that there is consumer demand to draw on in the future. Or is that conspiracy theory at work?

Meanwhile, in our organizations we must try and identify what our organization’s ‘code’ is and better leverage multi-disciplinary, multi-cultural teams to drive creativity, while also being careful not to change the code of the organization so much that people don’t recognize it, or trust in it. And finally to use one of Dr. Rapaille’s many generalizations, Americans love to try things (they learn that way), and they love the impossible, so don’t be afraid to ask them to do it.

When I distill all of what he had to say and what he has had to say other places, for me it boils down to one key insight about the limitations of innovation methodologies like:

This insight is that the reason that asking customers what they want is problematic is because of the inconsistencies between imprints and intellect, between the reptilian brain and the logical brain, and between knowing and doing. Taken together this ties in nicely with something I have believed for a while now…

When it comes to driving adoption, it matters less what you say and more what you can get others to do. As marketers we are far too focused on trying to get people to ‘tell a friend’. We should be more focused on getting people to ‘show a friend’.

So, what is your code for successful innovation?

What do you want others to show?

Please think about it and let me know what you come up with in the comments.

For those of you who want to know more, check out this embedded via from PBS’ “The Persuaders” with Douglas Rushkoff:

Braden Kelley is a Director of Design Thinking, Innovation and Transformation at Oracle, a popular innovation speaker, workshop leader, and creator of The Change Planning Toolkit™. He is the author of Stoking Your Innovation Bonfire from John Wiley & Sons and Charting Change from Palgrave Macmillan. Braden has been advising companies since 1996, while living and working in England, Germany, and the United States. Braden earned his MBA from top-rated London Business School. Follow him on Twitter and Linkedin.
View all posts by Braden Kelley →
This entry was posted in Innovation, marketing, Psychology, Strategy and tagged Advertising, Brain, Customers, Insights, Science. Bookmark the permalink.