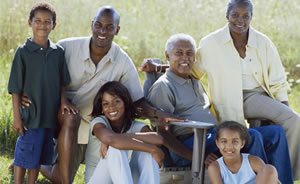 I’ve been meaning to write this post for some time, and am finally getting around to it, so hear goes…

As I look around the economic landscape in the United States and see a climate where not only home prices but also rents are falling in many geographies, especially as the results of an all-advised rental property construction boom become available. I find myself thinking that we are in the middle of a profound shift in the American reality.

So, two housing demand destroying events coming together at the same time. But besides a decline in home prices and rents, there is another important impact of this changing American reality that I don’t see being addressed…

As more people live with roommates or in multi-generational housing situations and seek to get to get out more for some thinking and breathing room, there is going to be an increasing demand for more third places. 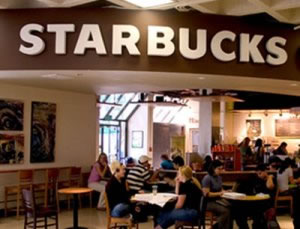 For those of you not familiar with the third place concept, coffee shops like Starbucks are one of the most famous examples, but there are other third places in the United States. There is the shopping mall (you know it’s true), the convenience store (see Bill & Ted’s Excellence Adventure), the YMCA, the Boys and Girls Clubs, and the Public Library. It seems like the latchkey kid phenomenon has become the library kid phenomenon. Kids leave school and go to the library and hang out there until their parents get off work and come by to pick them up.

Some shopping malls have installed free wifi, giant chess boards, and tables for people to use laptops or play games. Cities and YMCA’s have created teen centers. But one thing I have yet to see that I am waiting to see is a transformation in the mindset of the companies that run fast food chains like McDonald’s, Burger King, Taco Bell and others. When you go into a Starbucks it is very inviting and it is a happening place with old friends meeting up, kids sitting around doing homework, small business people working, and job interviews taking place. But when you go into a McDonald’s or other fast food chain, most of the time they are empty places designed purposely with uncomfortable seating, harsh lighting and other touches to make people get in and out as fast as possible. Most fast food chains do a booming drive-thru and carryout business, but not a lot of people stay and sit down. Nobody wants to hang out in an uncomfortable place.

But what would happen if McDonald’s or some other fast food retailer changed their thinking to create a third place environment to fill their empty seats?

How many more customers would they attract and engage?

How much more loyalty would they build?

How much more of their customers’ fast food spend would they achieve?

In my mind these are questions worth asking, and the biggest one is which major chain will move first?