Poking the Box for Innovation 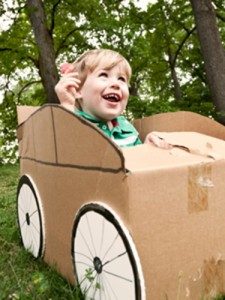 One of the best ways to challenge people’s thinking and get a group moving in a direction towards innovation is to get the group to define the box.

When I speak about poking the box, I’m not doing so in the Seth Godin ‘take a risk’ sense, but from the perspective of wanting people to visualize themselves standing in the box, giving a voice to what each of the six main sides are for the context in which you’re trying to innovate.

Start by making a list of the top six assumptions/constraints that we all make in this context:

So, what are the assumptions in ground transportation?

What are the constraints?

How has the designer who created this video poked the box?

How has the designer explored the walls of the box and proposed pushing some of them outwards?

Which other assumptions or constraints could be challenged in ground transportation and what characteristics would potential solutions have in order to push a particular wall outwards?

As an example, I would say that the assumption the designer has challenged here in the context of ground transportation is the following:

What other walls of the ground transportation box could and what would that look like?

Braden Kelley is a Director of Design Thinking, Innovation and Transformation at Oracle, a popular innovation speaker, workshop leader, and creator of The Change Planning Toolkit™. He is the author of Stoking Your Innovation Bonfire from John Wiley & Sons and Charting Change from Palgrave Macmillan. Braden has been advising companies since 1996, while living and working in England, Germany, and the United States. Braden earned his MBA from top-rated London Business School. Follow him on Twitter and Linkedin.
View all posts by Braden Kelley →
This entry was posted in Innovation, Strategy, Technology and tagged Design, future, ground transportation, Public Transportation, transportation, videos. Bookmark the permalink.