A Case Study in Accidental Innovation 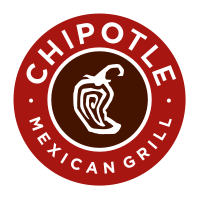 According to Wikipedia, Chipotle was founded twenty years ago by Steve Ells (1993). Chipotle had 16 restaurants (all in Colorado) when McDonald’s Corporation became a major investor in 1998. By the time McDonald’s fully divested itself from Chipotle in 2006, the chain had grown to over 500 locations. Today, 37,310 employees at more than 1,400 locations in 43 U.S. states and Washington, D.C., three Canadian provinces, the United Kingdom, and France (all company-owned, no franchises), help Chipotle generate an annual net income of US$278 million (2012).

Also according to Wikipedia, founder Steve Ells attended the Culinary Institute of America before becoming a line cook for Jeremiah Tower at Stars in San Francisco. It was there that Ells observed the popularity of the burritos in the Mission District taquerías. In 1993, Ells took what he learned in San Francisco and opened the first Chipotle in Denver, Colorado, in a former Dolly Madison Ice Cream Store near the University of Denver campus using an $85,000 loan from his father. Ells and his father calculated that the original restaurant would need to sell 107 burritos per day to be profitable, but after one month, it was selling over 1,000 burritos a day.

But according to Steve Ells himself in the video below, he didn’t start out to create a chain of burrito shops, but instead opened the first one as a means to generate cash to open the restaurant he dreamed of opening. So he didn’t set out to help create the growing casual dining category, he didn’t set out to be the head of a multi-billion dollar company, but he did set out with a vision to create a restaurant that would serve fast and fresh Mexican-inspired cuisine.

See the Chipotle Story – How it All Started:

Watch One Man’s Quest for Better Tasting Pork (while released in 2011 it, according to Wikipedia, details a journey made in 1999):

And it is in this journey to understand how he can source better ingredients at scale a couple of years ago that led to the 2001 launch of their Food with Integrity mission. Some of the most recent efforts to support this mission have become more fun and more social. This includes activities like the release of a video called Back to the Start that features a Coldplay song ‘The Scientist’ sung by country music legend Willie Nelson that was made available for download with proceeds benefiting the Chipotle Cultivate Foundation and its dedication to creating a sustainable, healthful and equitable food future.

And most recently, this year they have created an App called Chipotle Scarecrow that rails against factory farming and they’ve created this movie called The Scarecrow to promote the App:

Don’t worry, all of this is leading somewhere.

It has led me to an idea that I want you to consider as you look at your innovation efforts.

It is the idea of Backwards Innovation.

What is Backwards Innovation?

It is the idea that in our quest to become ever more efficient and more effective, sometimes we go too far.

Or we pass a point from which, we can actually create innovation by going…backwards.

So today, the area of greatest opportunity for innovation in the food industry is in backwards innovation, by creating value by seeking in some ways LESS efficiency and by becoming MORE effective in DIFFERENT ways.

So, as you all continue to seek innovation, you must sometimes ask yourselves:

These are just three backwards innovation questions you might ask yourself.

What other backwards innovation questions can you think of?

Braden Kelley is a Director of Design Thinking, Innovation and Transformation at Oracle, a popular innovation speaker, workshop leader, and creator of The Change Planning Toolkit™. He is the author of Stoking Your Innovation Bonfire from John Wiley & Sons and Charting Change from Palgrave Macmillan. Braden has been advising companies since 1996, while living and working in England, Germany, and the United States. Braden earned his MBA from top-rated London Business School. Follow him on Twitter and Linkedin.
View all posts by Braden Kelley →
This entry was posted in Entrepreneurship, Innovation and tagged Chipotle, Chipotle Mexican Grill, Fast Food, food, natural meat, organic, restaurants. Bookmark the permalink.