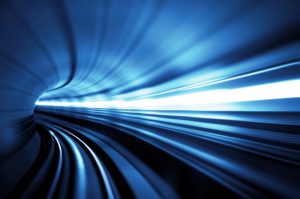 Okay, I admit it, I came across the History Channel’s series Ancient Aliens recently and I’m intrigued, mostly because it is fascinating (and frightening) to me how long it takes to develop true knowledge and insight, but how quickly it can be lost.

Leaving the whole ancient astronaut theory thing out of it, it is obvious looking at the historical record that throughout history, civilizations around the world (more than once) have developed advanced scientific understanding only to have their civilization (and its knowledge) destroyed by a natural catastrophe or fade away for some other reason. At the same time, another thing that is clear as we look across our history as a species is that there are certain periods of time during which innovation accelerates and often this increase in the velocity of innovation is linked to an increase in the velocity of knowledge and insight sharing.

The Renaissance coincided with the arrival of paper in Europe, culminating with paper making its way to Germany in 1400 AD and inspiring the development of the printing press in 1450, which then accelerated the spread of books, magazines, and newspapers in the 15th and 16th centuries.

The Age of Enlightenment coincided with early semi-public libraries that were only available to a learned few, but those few were inspired to create important and transformative thought in the 17th and 18th centuries.

The 19th century was a golden age of invention and innovation, ushering in the era of modern medicine, and technologies like the telegraph and the telephone which enabled information, knowledge and insight to finally travel faster than the horse.

The modern public library, as we now know it, came into its own in the the United Kingdom in the 19th century and the United States in the 20th century (thanks to Andrew Carnegie) and new communications technologies like radio and television brought information and knowledge to the illiterate and enabled people to see and hear things they would never have imagined before.

And by the close of the 20th century and the beginning of the 21st century, human beings had gained the ability to learn from each other no matter where they live in the world, in real time, in words, pictures, and now even through the sharing of videos sharing knowledge and insight, and even by showing people how to do things.

It is shocking to think that if you go back only two hundred years as a species we had no idea how disease was transmitted, couldn’t send a message from one side of an ocean to another without using a ship, and that most human beings on this planet would not travel farther than 50 miles from the place of their birth during their lifetime.

Now we can travel to outer space, levitate objects using sound or magnetism, create life, destroy whole cities in an instant, build things smaller than the width of a human hair, and do some other things that even twenty years ago would have seemed impossible.

We are inventing and innovating today at an astonishing rate, and for companies or nations that want to outpace their competition, they should be laser-focused on accelerating the pace of knowledge sharing if they are intent on being faster and more efficient than their competition at innovation. But it isn’t even the speed of knowledge or information sharing that is the holy grail, it is the speed of insight sharing that leads to faster and more efficient innovation, and many organizations mistakenly restrict access to the voice of the customer. And when you cut off your employees from your customers, how can you expect to can anything but inventions instead of innovations?

It is because of these important linkages that I believe the below ten items are the Top 10 Innovations of All Time:

Caution – We May be Becoming Too Reliant on Technology

But there is a cautionary tale contained in this list and the Ancient Aliens reference at the beginning. You will notice that this list is increasingly dependent on technology – especially the existence of electricity.

What would happen if there was a major natural catastrophe (flood, famine, major volcanic eruption or meteor strike, giant solar flare) and for some reason all of our electrical devices ceased to function?

How much of our accumulated knowledge and technology would we lose?

Despite the growing decline of print and rising usage of digital media, the book has one major advantage, it doesn’t require power to operate. Stone tablets don’t decay as fast as paper.

Should we as a society be transcribing our most important knowledge onto something that could survive a major catastrophe (including the potential loss of electricity for an extended period of months or years), so that we as a species don’t have to start over again as we obviously have had to do in the distant past?

Technology is wonderful and allows us to do many amazing things but we should be careful about becoming too reliant on it, or we risk potentially losing the knowledge that allowed us to create it in the first place.

And if you are intent on accelerating the sharing of knowledge, information, insight and innovation in your company or country, let me know, I could help with that.

Braden Kelley is a Director of Design Thinking, Innovation and Transformation at Oracle, a popular innovation speaker, workshop leader, and creator of The Change Planning Toolkit™. He is the author of Stoking Your Innovation Bonfire from John Wiley & Sons and Charting Change from Palgrave Macmillan. Braden has been advising companies since 1996, while living and working in England, Germany, and the United States. Braden earned his MBA from top-rated London Business School. Follow him on Twitter and Linkedin.
View all posts by Braden Kelley →
This entry was posted in collaboration, Innovation, Technology and tagged Insights, knowledge, knowledge sharing, Networking, sharing. Bookmark the permalink.