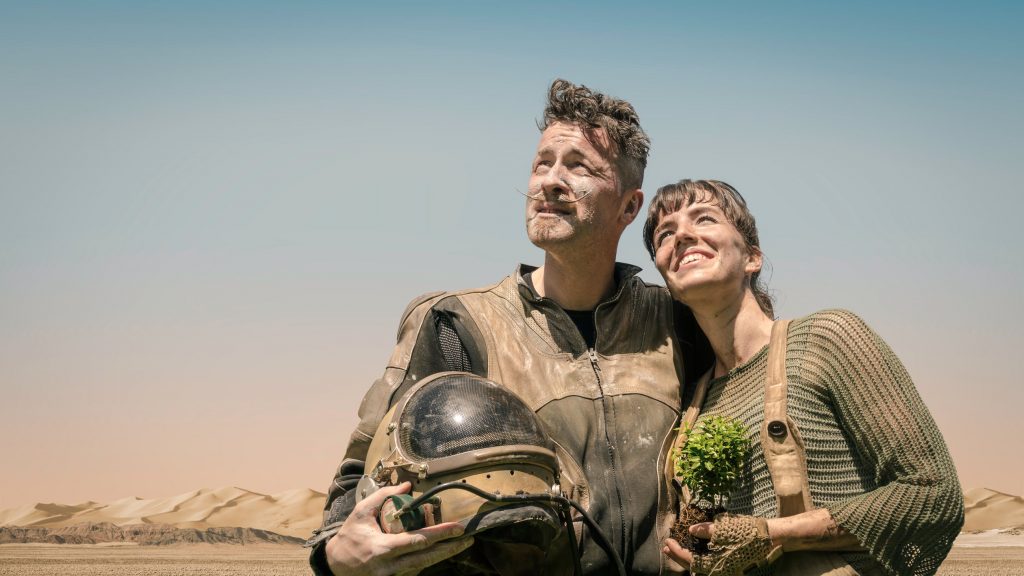 Scientists studying data from Mars recently found that the red planet may have oceans worth of water embedded in its crust in addition to the ice caps at its poles. The finding is significant because, if we are ever to build a colony there, we will need access to water to sustain life and, eventually, to terraform the planet.

While it’s become fashionable for people to lament short-term thinking and “quarterly capitalism,” it’s worth noting that there are a lot of people working on—and a not insignificant amount of money invested in—colonizing another world. Many dedicate entire careers to a goal they do not expect to be achieved in their lifetime.

The truth is that there is no shortage of organizations that are willing to invest for the long-term. In fact, nascent technologies which are unlikely to pay off for years are still able to attract significant investment. The challenge is to come up with a vision that is compelling enough to inspire others, while still being practical enough that you can still make it happen.

The Road to a Miracle Vaccine

When the FDA announced that it was granting an emergency use authorization for Covid-19 vaccines, everybody was amazed at how quickly they were developed. That sense of wonder only increased when it was revealed that they were designed in a mere matter of days. Traditionally, vaccines take years, if not decades to develop.

Yet appearances can be deceiving. What looked like a 10-month sprint to a miracle cure was actually the culmination of a three-decade effort that started in the 90s with a vision of a young researcher named Katalin Karikó, who believed that a molecule called mRNA could hold the key to reprogramming our cells to produce specific protein molecules.

The problem was that, although theoretically once inside the cytoplasm mRNA could instruct our cell machinery to produce any protein we wanted, our bodies tend to reject it. However, working with her colleague Drew Weissman, Karikó figured out that they could slip it past our natural defenses by slightly modifying the mRNA molecule.

It was that breakthrough that led two startup companies, Moderna and BioNTech to license the technology and for investors to back it. Still, it would still take more than a decade and a pandemic before the bet paid off.

The Hard Road of Hard Tech

In the mid-90s when the Internet started to take off, companies with no profits soon began attracting valuations that seemed insane. Yet the economist W. Brian Arthur explained that under certain conditions—namely high initial investment, low or negligible marginal costs and network effects—firms could defy economic gravity and produce increasing returns.

Arthur’s insight paved the way for the incredible success of Silicon Valley’s brand of venture-funded capitalism. Before long, runaway successes such as Yahoo, Amazon and Google made those who invested in the idea of increasing returns a mountain of money.

Yet the Silicon Valley model only works for a fairly narrow slice of technologies, mostly software and consumer gadgets. For other, so-called “hard technologies,” such as biotech, clean tech, materials science and manufacturing 4.0, the approach isn’t effective. There’s no way to rapidly prototype a cure for cancer or a multimillion-dollar piece of equipment.

Still, over the last decade a new ecosystem has been emerging that specifically targets these technologies. Some, like the LEEP programs at the National Laboratories, are government funded. Others, such as Steve Blank’s I-Corps program, focus on training scientists to become entrepreneurs. There are also increasingly investors who specialize in hard tech.

Look closely and you can see a subtle shift taking place. Traditionally, venture investors have been willing to take market risk but not technical risk. In other words, they wanted to see a working prototype, but were willing to take a flyer on whether demand would emerge. This new breed of investors are taking on technical risk on technologies, such as new sources of energy, for which there is little market risk if they can be made to work.

At the end of 2019, Amazon announced Braket, a new quantum computing service that would utilize technologies from companies such as D-Wave, IonQ, and Rigetti. They were not alone. IBM had already been building its network of quantum partners for years which included high profile customers ranging from Goldman Sachs to ExxonMobil to Boeing.

Here’s the catch. Quantum computers can’t be used by anybody for any practical purpose. In fact, there’s nobody on earth who can even tell you definitively how quantum computing should work or exactly what types of problems it can be used to solve. There are, in fact, a number of different approaches being pursued, but none of them have proved out yet.

Nevertheless, an analysis by Nature found that private funding for quantum computing is surging and not just for hardware, but enabling technologies like software and services. The US government has created a $1 billion quantum technology plan and has set up five quantum computing centers at the national labs.

So if quantum computing is not yet a proven technology why is it generating so much interest? The truth is that the smart players understand that the potential of quantum is so massive, and the technology itself so different from anything we’ve ever seen before, that it’s imperative to start early. Get behind and you may never catch up.

In other words, they’re thinking for the long-term.

A Plan Isn’t Enough, You Need To Have A Vision

It’s become fashionable to bemoan the influence of investors and blame them for short-term and “quarterly capitalism,” but that’s just an excuse for failed leadership. If you look at the world’s most valuable companies—the ones investors most highly prize—you’ll find a very different story.

Apple’s Steve Jobs famously disregarded the opinions of investors, (and just about everybody else as well). Amazon’s Jeff Bezos, who habitually keeps margins low in order to increase market share, has long been a Wall Street darling. Microsoft invested heavily in a research division aimed at creating technologies that won’t pan out for years or even decades.

The truth is that it’s not enough to have a long-term plan, you have to have a vision to go along with it. Nobody wants to “wait” for profits, but everybody can get excited about a vision that inspires them. Who doesn’t get thrilled by the possibility of a colony on Mars, miracle cures, revolutionary new materials or a new era of computing?

Here’s the thing: Just because you’re not thinking long-term doesn’t mean somebody else isn’t and, quite frankly, if they are able to articulate a vision to go along with that plan, you don’t stand a chance. You won’t survive. So take some time to look around, to dream a little bit and, maybe, to be inspired to do something worthy of a legacy.

All who wander are not lost.

Greg Satell is a popular speaker and consultant. His latest book, Cascades: How to Create a Movement That Drives Transformational Change, is available now. Follow his blog at Digital Tonto or on Twitter @Digital Tonto.
View all posts by Greg Satell →
This entry was posted in Innovation, Technology and tagged quantum computing, space exploration. Bookmark the permalink.