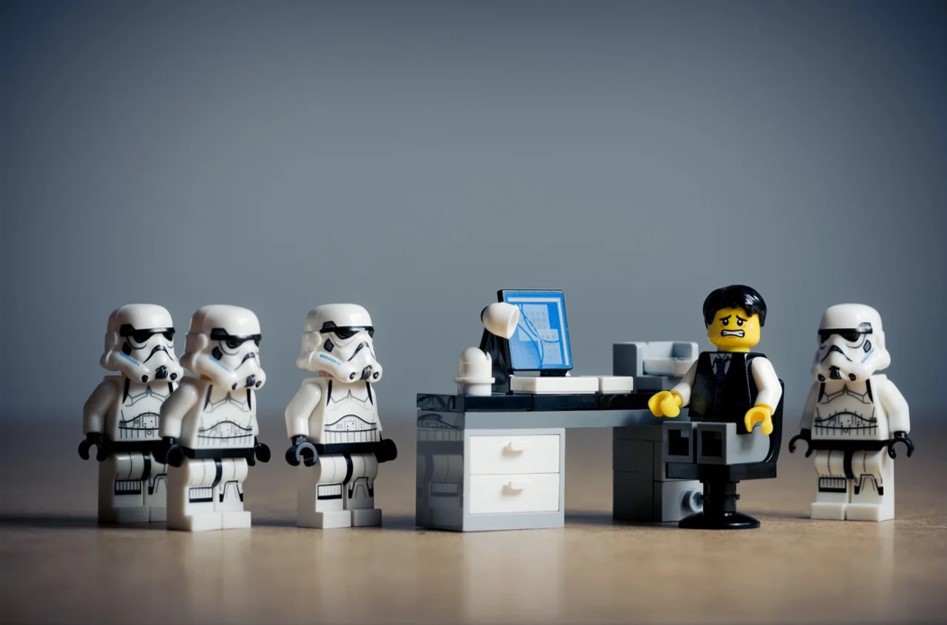 Whether you’re responsible for digital transformation or just trying to improve a product, process or marketing program, coming up with ideas is almost always an important part of success.

And one way you can create ideas is by bringing everyone together in some sort of brainstorming activity.

But sometimes you find that you’ve invited someone who’s not going to let anyone else talk — someone who is so certain they have the right answers that they take all the oxygen in the room — the ideation bully.

The Ideation Bully has an idea of how “it” should be done and they are so insistent about it that it’s almost not worth having a session because nobody has the energy or the desire to fight with this person.

Fortunately, there are certain tactics that you can use to diffuse the problem and prevent those troublemakers from throwing a monkey wrench into everything you’re trying to do.

One option is to simply not invite somebody who is known to be a troublemaker if you predict that that person is going to tank the effort to bring people together and generate ideas.

If their ideas are important, there’s always an opportunity to give them input in another way, such as asking them to send you a list of their ideas.

But there can be downsides to this as your primary approach. If that person is politically very important, then excluding them may not be wise.

Additionally, that individual may actually have good ideas to contribute, it’s just that they have a habit of “over-contributing.”

And lastly, sometimes you don’t know in advance who will show up as an “ideation bully.”
Someone who is otherwise quite reasonable and collaborative may get “triggered” by a given topic and transform into a problem.

2. Align on the Goals of the Meeting

Sometimes people who are trying to throw out ideas and who are behaving like bullies aren’t on the same page of what you’re there to ideate about.

Focus on what you want to accomplish and make sure everyone understands what the definition of victory is.

Set some ground rules so that if people start to pull you off topic, you can call them out while still being respectful of the point that they’re making.

3. Leave Rank at the Door

It’s best if the most senior person in the room lets everybody know that we really want everyone’s ideas and definitely doesn’t use their rank to influence the discussion (once all the ideas are on the table they can always later use their position of authority to determine which ideas will be implemented).

In fact, we have a fun acronym we use to highlight this challenge: HIPPO (Highest Paid Person On-hand).

Of course, not just because you’re the highest paid person doesn’t necessarily mean you’re a bully.

But you can be if you come in there and prevent your team from generating a lot of ideas.

It’s a good idea if the HIPPO speaks last because once they’ve spoken, it can be hard for people to feel like they should contradict.

Another strategy is to have the senior person wait for everyone to finish the session and then just bring them the results of the meeting to assess.

You want to seed people with information beforehand.

One way that people bully during ideation is they come in with supposedly their own set of facts, which may or may not really be facts.

It’s very easy to bully people with fake facts when others don’t have them.

You’re not going to have every insight, every piece of information, but nevertheless thinking about what’s the key information that the group should be fed in advance will help neutralize the ideation bullies.

5. Define the Goal of Generating a Set Number of Ideas

Acknowledge that your goal is to create a whole bunch of different ideas so that you can later assess them.

So when the ideation bully comes, they won’t be able to drown out everybody else because you are compelled to keep going until you get your target number of ideas.

You can always assure the bully that if their ideas are really the best, then you’ll probably wind up picking it.

You can always say to somebody, is it possible there’s another idea?

Is it possible there’s a better idea?

Is it possible there’s a way of improving on this idea?

And it’s very difficult even for a bully to say absolutely not.

They just have to basically be willing to down-and-out insult every single person in the room if they want to say there’s no one there that could possibly come up with an idea that’s better than that.

Usually in most corporate environments, someone is not going to go that far.

When you can acknowledge that it’s always possible that there’s another idea, a better idea, or a way of improving the idea, then you have diffused the bully’s ability to crowd out other ideas.

Any idea is just a hypothesis. It’s just a theory that it might be the solution to a problem.

So whatever idea you have, you don’t know for sure that it’s going to work until you test it through some kind of market research.

When you accept the hypothesis frame, the bully will not be able to shut down other ideas without presenting informational points that suggest their own idea is the best solution.

Identify all the data and see how much evidence we have for each idea.

Sometimes the bully has a strong opinion that their idea is the right answer even when they have no data to support that claim.

We have a fun acronym for those sub variety of ideation bullies as well. We call them the ZEBRAs (Zero Evidence But Really Arrogant).

We want to give ZEBRAs the opportunity to present their facts but also do the same for other ideas.

This helps you prioritize and evaluate the ideas that your team generates.

9. Use Breakouts to Avoid Filibusters

When you have 10, 15, 20 or even more people that are ideating, it can be good to break them into teams and let each team brainstorm separately.

They can later come back together and each team can share what they’ve come up with.

That can be a healthy way of ideating if you have somebody who tries to bully everybody not follow the rules.

At least if you put them in breakouts, they can only do that with part of the group.

It may not solve the problem 100%, but at least then you have groups which don’t have that person and therefore can be productive.

Hopefully, some of these other strategies will help manage that person in the breakout that they’re in.

10. Create Structures with Timing and Turns

Instead of just having a freewheeling conversation, there’s this structure where everyone waits their turn and has their say.
But then there’s a process of making sure that that’s timeboxed and we move on to the next person.

That’s another way of making sure that each person gets their time and that the person who otherwise would want to take over and dominate will find it harder to bully everybody because there are rules.

You don’t need all of those tactics. You can pick just a few, even depending on your situation.

And I’m confident that you will find that you can master handling ideation bullies so that they can potentially still have their say, but it doesn’t disrupt everything you’re trying to do in terms of coming up with great ideas.

Check out my Wall Street Journal bestselling book, Winning Digital Customers, where I go into great length on a wide range of ideation practices in the context of product development and the creation of great customer experiences. It will show you the step-by-step process for coming up with ideas that lead to successful products in the market. You can download the first chapter for free by clicking this link https://WinningDigitalCustomers.com.

Howard Tiersky is an inspiring and passionate speaker, the Founder and CEO of FROM, The Digital Transformation Agency, innovation consultant, serial entrepreneur, and the Wall Street Journal bestselling author of Winning Digital Customers: The Antidote to Irrelevance. IDG named him one of the “10 Digital Transformation Influencers to Follow Today”, and Enterprise Management 360 named Howard “One of the Top 10 Digital Transformation Influencers That Will Change Your World.”
View all posts by Howard Tiersky →
This entry was posted in collaboration, Creativity, Innovation and tagged brainstorming. Bookmark the permalink.