Is GE Trying to be Too Quirky? 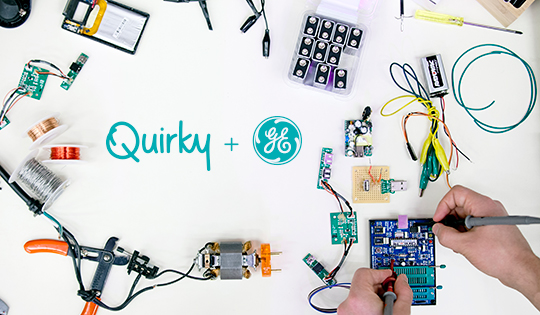 Last week GE and Quirky announced a new partnership where GE will make some of its library of patents available as part of Quirky’s new inspiration platform, allowing inventors to use some of its patents in their potentially novel consumer product invention ideas. This on its surface is a very interesting and logical open innovation partnership. Some people are talking about it as a crowdsourcing partnership, but it isn’t really because the work product is not well-defined and being sourced from multiple competing providers. No, this is an open innovation partnership.

Here is the Quirky and GE partnership announcement video:

It is very interesting to me that GE chose to partner with Quirky and not someone like Innocentive, NineSigma, Idea Connection or someone else. I’m curious what others think this indicates about the future of these firms. Personally, I think that this is something that Quirky is better equipped to make happen than these other firms, and that Innocentive and others still fill an important need using a completely different approach (challenge-driven innovation). 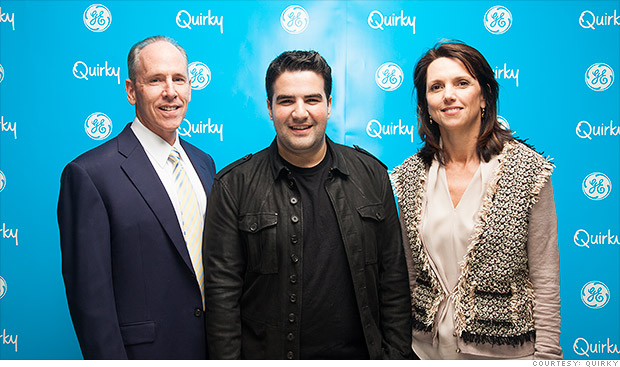 Whether or not GE creates any sizable new businesses from their participation in this partnership, I still think this is a brilliant marketing move by Beth and her team and it will be interesting to see whether any impactful inventions come from people leveraging GE’s patent portfolio.

Here is Quirky’s video announcing their inspiration platform (which they raised $68 million to help build):

There is one thing that bugs me a wee bit about Quirky. My tagline since 2006 has been “Making innovation insights accessible for the greater good” and it feels like they’ve swiped it to create theirs – “Making invention accessible.” Surely as creative people they could have invented their own tagline instead of swiping mine. 😉 (wink)

But, there is another idea of mine trapped in this announcement that I’d like to highlight and set free, and that is the idea that innovation is not just about ideas, but that other factors are equally important – including inspiration, investigation, and iteration. These are captured in my incredibly popular Eight I’s of Infinite Innovation framework. 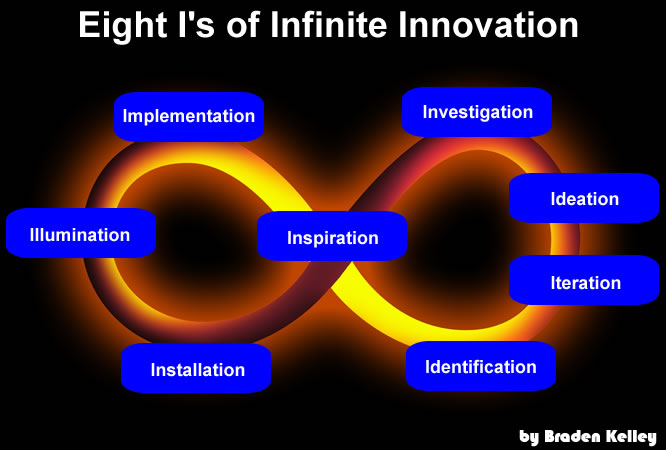 Be sure and follow this article link to the Eight I’s of Infinite Innovation if you missed the link above, or if you’re not clicking away to learn more, here is a quick list of the eight stages:

Personally I don’t think their platform appears to go far enough to deliver inspiration or to empower investigation, and as a software and internet guy I would be happy to help Quirky and GE strengthen the solution if they’re interested in making this platform more successful.

Will any successful innovations come out of this GE and Quirky partnership?

I’d love to hear what you think.

Braden Kelley is a Director of Design Thinking, Innovation and Transformation at Oracle, a popular innovation speaker, workshop leader, and creator of The Change Planning Toolkit™. He is the author of Stoking Your Innovation Bonfire from John Wiley & Sons and Charting Change from Palgrave Macmillan. Braden has been advising companies since 1996, while living and working in England, Germany, and the United States. Braden earned his MBA from top-rated London Business School. Follow him on Twitter and Linkedin.
View all posts by Braden Kelley →
This entry was posted in collaboration, Creativity, Innovation, Open Innovation, Product Innovation and tagged GE, Idea Connection, innocentive, NineSigma, Quirky. Bookmark the permalink.