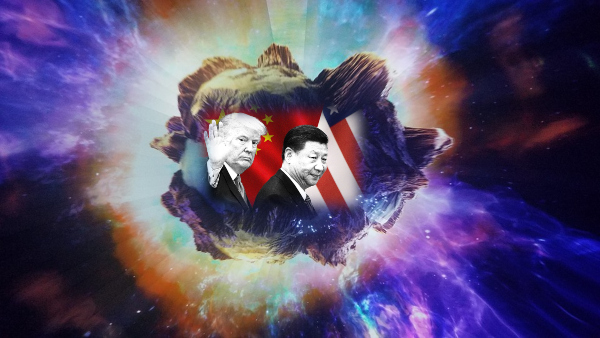 First, let me say that this is not a political article, but instead an article about a potential innovation crisis looming just over the horizon thanks to brinkmanship between China and the United States.

Second, let me say this article is not about killer satellites being launched into orbit by the Trump administration or the People’s Republic of China.

Instead this article is about the psychology of a country being backed into a corner, the measures China is likely to take to fight back when they can’t match the United States dollar for dollar in a tariff fight, the current state of the rare earth metals market and its impact on the future of innovation.

Now, some of you might be asking yourself – What the heck are rare earth metals?

Well, as the name might suggest they are metals that are not often found in dense quantities on earth. Some hypothesize that some of the best rare earth metal finds have an extraterrestrial origin. So, some might say that rare earth metals are literally alien, brought to our planet not by little green men (and women) but by blazing hot meteors smashing into the earth. Rare earth metals are so valuable to collectors and to high tech manufacturers that there are groups of modern day Indiana Jones clones out there racing around the world to be the first to claim the next meteor strike before someone else does (see article) and the Chinese government made a conscious choice to invest in trying to corner the market.

Because rare earth metals are CRUCIAL to all of the technology that empowers the innovation economy.

Here is a 60 Minutes segment from three years ago that CBS recently refreshed and re-aired now that it is again timely given the United States vs. China trade war. It provides a great introduction to rare earth metals and the role they play in the innovation economy:

Here is a chart showing the production of rare earths in 2018 in the world (data source): 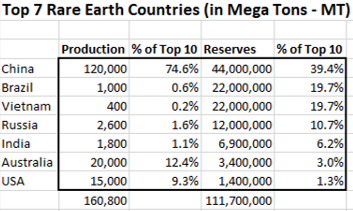 China has cut off countries from rare earth metals before, most notably Japan, and now they are threatening to do it again to the United States (one article highlighting the threat not just to the United States, but to Europe as well). China is also threatening to begin blacklisting individual technology companies not sympathetic to its cause in the battle of egos and stare down between these two economic superpowers. You have to imagine this would include being cut off from rare earth metals.

So, is the innovation train, this pace of unrelenting technological advance and change, about to come a grinding halt?

I guess we’re all about to find out…

Braden Kelley is a Director of Design Thinking, Innovation and Transformation at Oracle, a popular innovation speaker, workshop leader, and creator of The Change Planning Toolkit™. He is the author of Stoking Your Innovation Bonfire from John Wiley & Sons and Charting Change from Palgrave Macmillan. Braden has been advising companies since 1996, while living and working in England, Germany, and the United States. Braden earned his MBA from top-rated London Business School. Follow him on Twitter and Linkedin.
View all posts by Braden Kelley →
This entry was posted in Innovation, Technology and tagged China, Donald J Trump, Rare Earth Metals, Trump, United States. Bookmark the permalink.