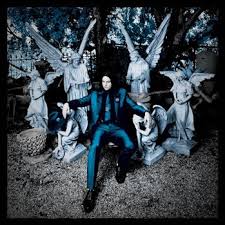 Video may have killed the radio star, but the mp3 and even the CD have failed to kill the lovable vinyl LP record. In fact, they are making a resurgence and if anything have probably grown in popularity over the last decade.

So, you might be thinking what kind of innovation could someone possibly pull off on a vinyl album?

Well, here is a list of the new things they’ve done on the album:

Jack White walks you through the new things they’ve tried to include on this piece of vinyl in this video:

And if you’re not familiar with Jack White’s music (he started the White Stripes by the way), then check out the video below of one of the songs from the album

So, pull your turntable or record player out from under your bed and check out this groundbreaking new album.

Braden Kelley is a Director of Design Thinking, Innovation and Transformation at Oracle, a popular innovation speaker, workshop leader, and creator of The Change Planning Toolkit™. He is the author of Stoking Your Innovation Bonfire from John Wiley & Sons and Charting Change from Palgrave Macmillan. Braden has been advising companies since 1996, while living and working in England, Germany, and the United States. Braden earned his MBA from top-rated London Business School. Follow him on Twitter and Linkedin.
View all posts by Braden Kelley →
This entry was posted in Innovation, marketing, Technology and tagged guitar, Jack White, LPs, music, musicians, records, vinyl. Bookmark the permalink.