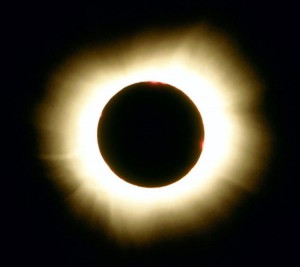 The failure of Solyndra – a United States solar energy venture backed by $535 million in federal loan guarantees drew the ire of many people concerned with the state of the federal budget deficit and the growing national debt. But was the federal government wrong to offer loan guarantees to Solyndra?

This is the question many people asked back when the failure happened, and I would be interested to hear what you think.

In a previous article I stated some of my thoughts on the role the federal government should play in the overall innovation ecosystem in the United States, and I stand by what I said in that article – An Open Letter on Innovation to President Obama.

To quote the relevant part for the discussion:

We need to take a step back and define what the role of government is in our overall innovation efforts as a country:

You’ll notice that nowhere on this list was funding companies. This is a special skill and one that most people wouldn’t think about the government as having, especially when you take into account that identifying a potentially successful startup is not about the idea, but about identifying strong management teams that have the capability to lead a team of people to find and overcome the critical flaws in the founding idea and get the final solution to market. Funding companies isn’t something that the government should be focusing on – even when they pursue it in a portfolio approach (Solyndra represents only 2% of the Department of Energy’s committed loan guarantees).

Continue reading the rest of this article on Innovation Excellence

Braden Kelley is a Human-Centered Design, Innovation and Transformation consultant, a popular innovation speaker, workshop leader, and creator of The Change Planning Toolkit™. He is the author of Stoking Your Innovation Bonfire from John Wiley & Sons and Charting Change from Palgrave Macmillan. Braden has been advising companies since 1996, while living and working in England, Germany, and the United States. Braden is a US Navy veteran and earned his MBA from top-rated London Business School. Follow him on Linkedin, Twitter, Facebook, or Instagram.
View all posts by Braden Kelley →
This entry was posted in Government, Innovation, Leadership, Strategy and tagged green, Investing, Obama, Solar. Bookmark the permalink.