Followup – Following the Line to Innovation at Costco 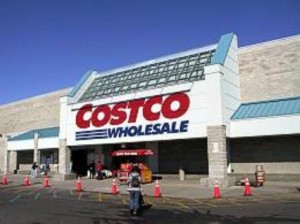 During the winter holiday shopping season in 2007 I was suspicious when a man at Costco asked if he could scan my Costco card while I was standing in line, thinking that he was going to try and sell me on their executive card. I was pleasantly surprised when he then scanned my items with a portable scanner/computer and gave me a slip of paper to alert the cashier that he had done so.

It is a pretty simple system:

I thought “wow!”, this is brilliant, this is exactly the type of potential process improvement that I’ve talked about before, most recently in Following the Line to Innovation (a November 2007 refresh).

The fact is that when it comes to busy holiday seasons, Costco and all other retailers have a fixed number of registers and the cashiers can only scan items and process payment so fast. If the cashiers only have to process payment and maybe throw a few things in a box, then the throughput of each cashier increases and lines become shorter or non-existent. This appears to be a new process to accommodate the increased volume of shoppers that all retailers experience during the holiday season, but the process could be even better.

Normally when I go to Costco there is a cashier working busily and a box person working less frequently. It seems to me that this scanner/computer task could become the normal job responsibility of the box person. If the jobs were re-distributed then maybe the non-holiday throughput could be increased and possibly free up people for other tasks.

All I know is that I was a happier customer that day. And–as I’ve said before–by making more efficient use of waiting time, companies can potentially decrease costs and increase revenue at the same time, while also increasing customer satisfaction. What can be better than that?

Braden Kelley is a Director of Design Thinking, Innovation and Transformation at Oracle, a popular innovation speaker, workshop leader, and creator of The Change Planning Toolkit™. He is the author of Stoking Your Innovation Bonfire from John Wiley & Sons and Charting Change from Palgrave Macmillan. Braden has been advising companies since 1996, while living and working in England, Germany, and the United States. Braden earned his MBA from top-rated London Business School. Follow him on Twitter and Linkedin.
View all posts by Braden Kelley →
This entry was posted in Innovation and tagged Christmas, Costco, Process, retailing, Sales, throughput. Bookmark the permalink.

1 Response to Followup – Following the Line to Innovation at Costco