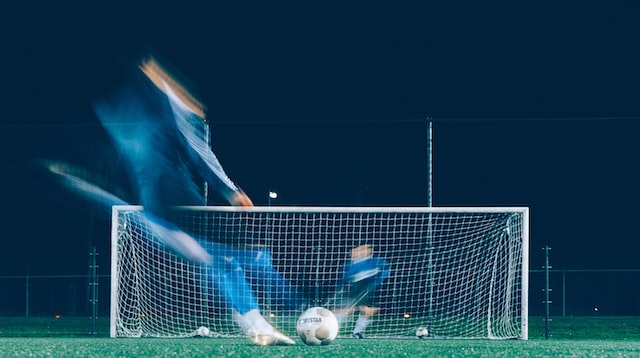 In Silicon Valley, we talk a lot about leadership but perhaps not enough about management. That’s because we are famous for working the fuzzy front end of things, where management is premature and leadership is paramount. But to have real impact on the world, you must eventually lean on strong management to operate at scale. So, what exactly does that entail?

First and foremost, management is about delivering the performance committed to in the plan. Everyone gets this, and while there are major differences in styles of management, all are measured ultimately by performance metrics, and no one is confused. We may not like the numbers we are supposed to make, but we know what they are, we have some idea of what it will take to make them, and we will get report-outs along the way to tell us how we are doing.

Such is not the case, however, with a second dimension of management accountability—the need to continually invest in ways that will power future performance. Performance consumes power as a means to create returns. If we focus 100% of our resources on performance, we will eventually exhaust all our existing sources of power and will be unable to compete effectively going forward.

Seems obvious enough, but here is the problem. We do not define power anywhere nearly as clearly as we define performance. We do not have reports that tell us how we are doing on the power side of the equation. We are often not really clear about what power we should be going after, what investments could be specifically targeted to deliver power, or what metrics would verify that we have succeeded. Worse still, our performance compensation systems can actually incent us to ignore all this ambiguity around “power management” and focus solely on meeting our performance commitments, particularly when resources are tight. Worst of all, as power dwindles, it becomes harder and harder to make the number, which puts more pressure on the resources we have, which further disincentivizes investing in future power. The result is a downward spiral from which it is painfully hard to escape.

So, what can we do to prevent it?

Root cause analysis, by its very nature, shifts the focus from the domain of performance (effects) to that of power (causes). The deeper this analysis can penetrate, the more insightful our map of power becomes. This is a good opportunity to engage the entire team, not only to improve the quality of the analysis, but also to help everyone develop their own management perspective.

Once a power map is in view, then the question becomes, if we could intervene in only one place, where could we have the most impact, and what would it take to bring it about? We are looking for a specific initiative that could change the game within whatever time limits are appropriate to the situation. Here are some examples:

These examples, of course, represent big power maps. Most of us play on a considerably smaller stage. But the principles are the same:

All that remains is to create accountability for power outcomes. Accountability begins with identifying a single accountable person. People often shy away from this because they associate it with someone to blame. That is neither the point nor the role. Rather, this person is the quarterback of the initiative. To be really clear, they are not the team owner (that would be the executive sponsor) nor are they the coach (that would be the line manager in charge of delivering both performance and power), but rather they are the person on the field taking input from teammates to make the best calls in the moment. Without this single point of coordination, initiatives are unable to take decisive action under conditions of uncertainty—in other words, they underperform in game-time situations.

The next thing we need is a good way to keep score. This can be tricky because indicators for power are not as easy to see as those for performance. Nonetheless, we cannot manage what we cannot measure, so we need to get creative here. One place we can look for ideas is from our customer success operations. There the focus is on onboarding, adoption, usage, and upsell—all of which are signals of whether power is waxing or waning. Whatever the initiative we are managing, we need to create proxies to detect these kinds of signal and use them to track our progress.

Finally, we need to tie meeting power metrics with compensation, not only for the single accountable person but also for the organization making the resource sacrifices to enable the investment required. This will typically be in the form of bonuses for hitting key metrics within a given time limit. Not only do such bonuses motivate, they also make clear to the rest of the enterprise that this initiative is important, and that the people leading it are committed to its success.

That’s what I think. What do you think?