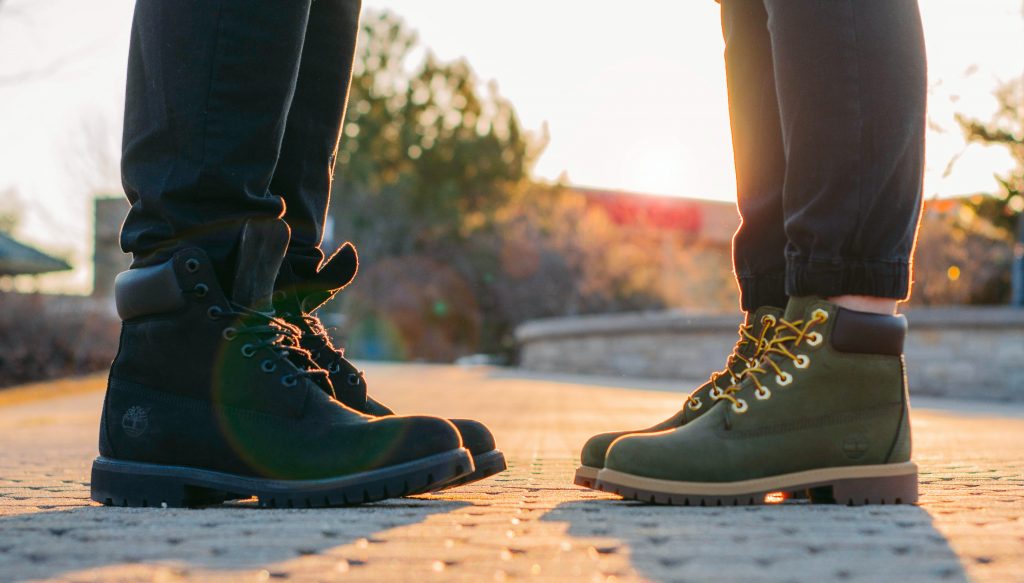 When Steve Jobs returned to Apple in 1997, one of the first things he did was develop a marketing campaign to rebrand the ailing enterprise. Leveraging IBM’s long running “Think” campaign, Apple urged its customers to “Think Different.” The TV spots began, “Here’s to the crazy ones, the misfits, the rebels, the troublemakers, the round pegs in the square holes…”

Yet Jobs actual product strategy did exactly the opposite. While other technology companies jammed as many features into their products as they could to impress the techies and the digerati, Jobs focused on making his products so ridiculously easy to use that they were accessible to everyone. Apple became the brand people would buy for their mothers.

The truth is that while people like the idea of being different, real change is always built on common ground. Differentiation builds devotion among adherents, but to bring new people in, you need to make an idea accessible and that means focusing on values that you share with outsiders, rather than those that stir the passions of insiders. That’s how you win.

Overcoming the Desire to Be Different

Apple’s ad campaign was effective because we are tribal in nature. Setting your idea apart is a great way to unlock tribal fervor among devotees, but it also sends a strong signal to others that they don’t belong. For example, for decades LGBTQ activists celebrated their difference with “Gay Pride,” which made gay people feel better, but didn’t resonate with others.

It’s not much different in the corporate world. Those who want to promote Agile development love to tout the Agile Manifesto and its customer focused ethos. It’s what they love about the Agile methodology. Yet for those outside the Agile community, it can seem more than a bit weird. They don’t want to join a cult, they just want to get their job done.

So, the first step to driving change forward is to make the shift from differentiating values, which make ardent fans passionate about an idea, to shared values, which invite people in. That doesn’t mean you’re abandoning your core values any more than making products accessible meant that Apple had to skimp on capability. But it does create an entry point.

This is a surprisingly hard shift to make, but you won’t be able to move forward until you do.

Identifying and Leveraging Your Opposition

Make no mistake. Change fails because people want it to fail. Any change that is important, that has the potential for real impact, will inspire fierce resistance. Some people will simply hate the idea and will try to undermine your efforts in ways that are dishonest, deceptive and underhanded. That is the chief design constraint of any significant change effort.

So, you’re going to want to identify your most active opposition because you want to know where the attacks are going to be coming from. However, you don’t want to directly engage with these people because it is unlikely to be an honest conversation. Most likely, it will devolve into something that just bogs you down and drains you emotionally.

However, you can listen. People who hate your idea are, in large part, trying to persuade many of the same people you are. Listening to which arguments they find effective can help unlock shared values and that’s what holds the key to truly transformational change. But most importantly, they can help you define shared values.

So, while your main focus should be on empowering those who are excited about change, you should pay attention to your most vocal opposition. In fact, with some effort, you can learn to love your haters. They can point out early flaws. Also, as you begin to gain traction they will often lash out and overreach, undermine themselves and and end up sending people your way.

Your most active opposition, the people who hate your idea and want to undermine it, have essentially the same task that you do. They want to move people who are passive or neutral to support their position and will design their communication efforts to achieve that objective. If you listen carefully though, you can make their efforts work for you.

For example, when faced with President Woodrow Wilson’s opposition to voting rights for women, Alice Paul’s band of Silent Sentinels picketed the White House with phrases lifted from President Wilson’s own book. How could he object, without appearing to be a tremendous hypocrite, to signs that read, “LIBERTY IS A FUNDAMENTAL DEMAND OF THE HUMAN SPIRIT?

In a similar vein, those who opposed LGBTQ rights often did so on the basis of family values and it was, for decades, a very effective strategy. That is, until LGBTQ activists used it against them. After all, shouldn’t those of different sexual orientations be able to live in committed relationships and raise happy and health families? If you believe in the importance of families, how could you not support same sex marriages?

The strategy works just as well in a corporate environment. In our Transformation & Change workshops, we ask executives what those who oppose their idea say about it. From there, we can usually identify the underlying shared value and then leverage it to make our case. Once you identify common ground, it’s much easier to move forward.

Steve Jobs, along with his co-founder Steve Wozniak, started Apple to make computers. But if that’s all Apple ever did, it would never have become the world’s most valuable company. What made Jobs the iconic figure he became had nothing to do with any one product, but because he came to represent something more: the fusion of technology and design.

In his autobiography of Steve Jobs, Walter Isaacson noted that he revolutionized six industries, ranging from music to animated movies, far afield from the computer industry. He was able to do that because he continued to focus on the core values of using technology and design to make products more accessible to ordinary people.

In other words, in every venture he undertook he looked for common ground by asking himself, “how can we make this as easy as possible for those who are not comfortable with technology.” He didn’t merely cater to the differences of his hard core enthusiasts, but constantly looked to bring everybody else in.

Many companies have had hit products, but very few have had the continued success of Apple. In fact, success often breeds failure because it attracts new networks of competitors. Put another way, many entrepreneurs fail to survive victory because they focus on a particular product rather than the shared values that product was based on.

Jobs was different. He was passionate about his products, but his true calling was tapping into basic human desires. In other words, he understood that truly revolutionary change is always built on common ground.

2 thoughts on “Why Change Must Be Built on Common Ground”