Who is the Innovator? Amazon or Kroger?

Now, first of all, Kroger is a Cincinnati-based company not a Seattle-based company, so it is only natural that I should hear more about the things Amazon is experimenting with than those of Kroger, owners of a portfolio of grocery brands, including: Ralphs, Fred Meyer, QFC, Kroger, fry’s, Food4Less, King Soopers, Harris Teeter, and more.

Amazon has been making a lot of noise with some of their experiments lately, including a convenience store concept where eventually you will be able to pick up what you want to buy and then automatically be charged for your acquisitions on the way out the door. It is called Amazon go and is currently being tested in an employees-only store. Here is what it looks like:

And then of course Amazon has been experimenting with the last mile experience in grocery retailing for a while now with Amazon Fresh grocery delivery business in a few U.S. states along with London, Berlin, and Tokyo. Now they are also experimenting with a grocery pickup service. You can pickup your groceries in as little as 15 minutes after ordering. It’s available exclusively for Prime members in a testing phase beginning in Seattle.

Now, the past couple of weeks I’ve been noticing at one of my local Fred Meyer’s and one of the neighborhood QFC’s some workers doing some construction projects and I wasn’t sure exactly what they were up to, but today it became clear that they’ve been busy prepping for to enable Kroger ClickList at those locations, which is basically the same thing as AmazonFresh Pickup, EXCEPT that Kroger started doing this TWO YEARS AGO and scaled it to 500 locations in less than 17 months. If you’re curious, here is what Kroger CLickList looks like:

And yes, Walmart, not to be outdone, also has a grocery pickup service as well (which they started a little over a year ago).

For what it’s worth, if these companies were to combine this service with improved ready-to-eat meal offerings like we used to regularly utilize from Waitrose and Tesco so that people can pickup their groceries and a dinner they can eat right when they get home and this will really catch on. Now for those of you who haven’t experienced ready meals in the UK, then check out the following links to get a tastier idea: 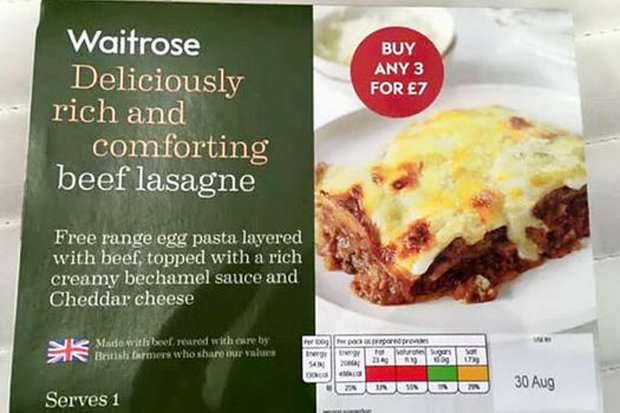 So, Amazon is getting a lot of buzz around their Amazon Go and AmazonFresh Pickup experiments, but they are just that at this point. Meanwhile, Kroger and Walmart have already scaled some of these experiments, so who is the innovator here?

Just another reminder that anyone can innovate, that it is customer insight not technology that drives innovation, and that every company is a technology company whether they like it or not.

Braden Kelley is a Design Thinking, Innovation and Transformation consultant, a popular innovation speaker, workshop leader, and creator of The Change Planning Toolkit™. He is the author of Stoking Your Innovation Bonfire from John Wiley & Sons and Charting Change from Palgrave Macmillan. Braden has been advising companies since 1996, while living and working in England, Germany, and the United States. Braden earned his MBA from top-rated London Business School. Follow him on Twitter and Linkedin.
View all posts by Braden Kelley →
This entry was posted in Innovation, Strategy, Technology and tagged Convenience, eCommerce, Fred Meyer, Grocery, internet, Kroger, Online Retail, QFC, retail, Walmart. Bookmark the permalink.