Parallels Between the 1920’s and Today Are Frightening 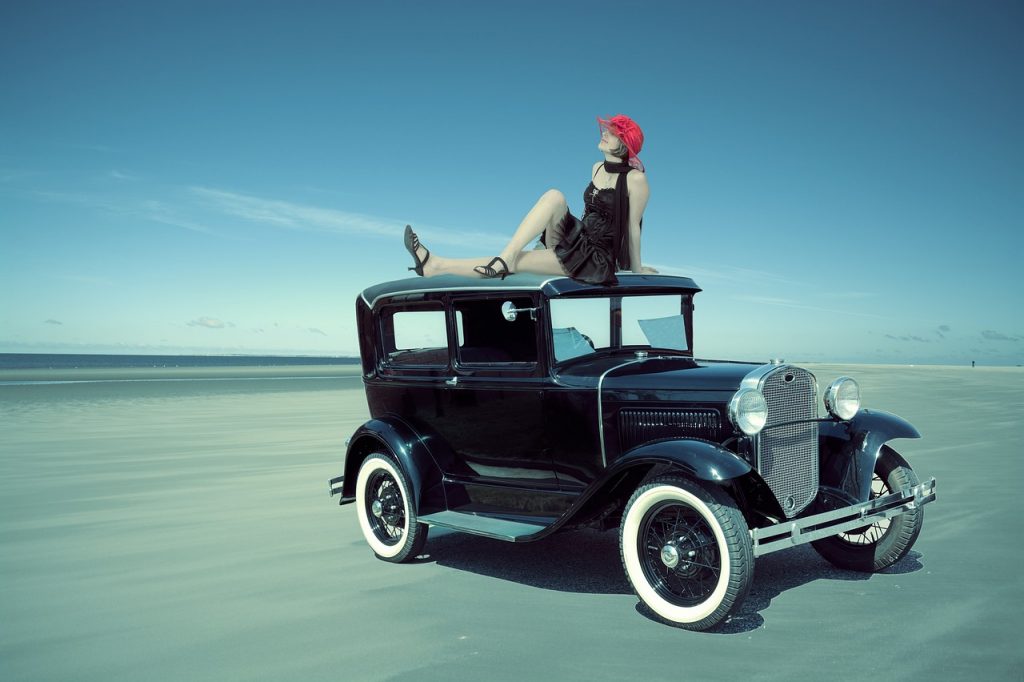 It should be clear by now we are entering a pivotal era. We are currently undergoing four profound shifts, that include changing patterns of demographics, migration, resources and technology. The stress lines are already beginning to show, with increasing tensions over race and class as well as questions about the influence technology and institutions have over our lives.

The last time we faced anything like this kind of tumult was in the 1960s which, much like today, saw the emergence of a new generation, the Baby-Boomers, that had very different values than their predecessors. Their activism achieved significant advances for women and minorities, but also at times, led to tumult and riots.

Yet the changes we are undergoing today appear to be even more significant than we did then. In fact, you would have to go back to the 1920s to find an era that had as much potential for both prosperity and ruin. Unfortunately, it led to economic upheaval, genocide and war on a scale never seen before in world history. We need to do better this time around.

A Wall Street crisis that threatened the greater economy and led to sweeping legislation that reshaped government influence in the financial sector was prelude to both the 1920’s and the 2020’s. Both the Bankers Panic of 1907 and the Great Recession which began in 2007 resulted in landmark legislation, the Federal Reserve Act and Dodd-Frank, respectively.

Continuing in the same vein of eerie parallel, the 1918 flu epidemic killed between 20 million and 50 million people and raged for more than two years, until 1920, when it finally got under control. Much like today, there were social distancing guidelines, significant economic impacts and long-term effects on educational attainment.

Perhaps not surprisingly, there was no small amount of controversy about measures taken to control the pandemic a century ago. People were frustrated with isolation (it goes without saying that there was no Netflix in 1918). Organizations like the Anti-Mask League of San Francisco rose up in defiance.

The years leading up to the 1920s were also war-torn, with World War I ravaging Europe and the colonial order increasingly coming under pressure. Much like the “War on Terrorism,” today, the organized violence, combined with the panics and pandemics, made for an overall feeling that society was unravelling, and many began to look for a scapegoat.

In 1892, Ellis Island opened its doors and America became a beacon to those around the world looking for a better life. New immigrants poured in and, by 1910, almost 15% of the US population were immigrants. As the 1920s approached, the strains in society were becoming steadily more obvious and more visceral.

The differences among the newcomers aroused suspicion, perhaps best exemplified by the Sacco and Vanzetti trial, in which two apparently innocent immigrants were convicted and executed for murder. Many believed that the new arrivals brought disease, criminality and “un-American” political and religious beliefs, especially with regard to Bolshevism.

Fears began to manifest themselves in growing nativism and there were increasing calls to limit immigration. The Immigration Act of 1917 specifically targeted Asians and established a literacy test for new arrivals. The Immigration Act of 1924 established quotas which favored northern and Western Europeans over those of Southern and Eastern Europe as well as Jews. The film Birth of A Nation led to a resurgence of the Ku Klux Klan.

Scholars see many parallels between the run-up to the 1920s and today. Although nativism these days is primarily focused against muslims and immigrants from South America, the same accusations of un-American political and religious beliefs, as well as outright criminality, are spurring on a resurgence of hate groups like the Proud Boys. Attorney General Merrick Garland has pledged to make prosecuting white supremacists a top priority.

A New Era of Innovation

As Robert Gordon explained in The Rise and Fall of American Growth, prosperity in the 20th century was largely driven by two technologies, electricity and the internal combustion engine. Neither were linear or obvious. Both were first invented in the 1880’s but didn’t really begin to scale until the 1920’s.

That’s not uncommon. In fact, it takes decades for a new discovery to make a measurable impact on the world. That’s how long is needed to first identify a useful application for a technology and then for ecosystems to form and secondary technologies to arise. Electricity and internal combustions would ignite a productivity boom that would last 50 years, from roughly 1920 until 1970.

For example, as economist Paul David explained in a highly cited paper, it wasn’t the light bulb, but in allowing managers to rearrange work in factories, that electricity first had a significant effect on society. Yet it was in the 1920s that things really began to take off. Refrigerated rail cars transformed diets and labor-saving appliances such as the vacuum cleaner would eventually pave the way for women in the workforce. The first radio stations appeared, revolutionizing entertainment.

Today, although the digital revolution itself has largely been a disappointment, there’s considerable evidence that we may be entering a new era of innovation as the emphasis shifts from bits to atoms. New computing architectures, such as quantum and neuromorphic computing, as well as synthetic biology and materials science, may help to reshape the economy for decades to come.

A Return to Normalcy?

Not surprisingly, by 1920 the American people were exhausted. Technological change, cultural disruption brought about by decades of mass immigration, economic instability and war made people yearn for calmer, gentler times. Warren G. Harding’s presidential campaign touted “a return to normalcy” and people bought in.

Yet while the “Roaring Twenties” are remembered as a golden age, they set the seeds for what came later. Although the stock market boomed, lack of regulation led to the stock market crash of 1929 and the Great Depression. The harsh reparations imposed by the Treaty of Versailles made the rise of Hitler possible.

The 1930s brought upon almost unimaginable horror. Economic hardship in Europe paved the way for fascism. Failed collectivization in the Soviet Union led to massive famine and, later, Stalin’s great purges. Rising nativism, in the US and around the world, led to diminished trade as well as violence against Jews and other minorities. World War II was almost inevitable.

It would be foolish beyond belief to deny the potential of history repeating itself. Still, the past is not necessarily prologue. The 1930s were not the inevitable result of impersonal historical forces, but of choices consciously made. We could have made different ones and received the bounty of the prosperity that followed World War II without the calamity that preceded it.

What we have to come to terms with is that technology won’t save us. Markets won’t save us. Our future will be the product of the choices we make. We should endeavor to choose wisely.

Greg Satell is a popular speaker and consultant. His latest book, Cascades: How to Create a Movement That Drives Transformational Change, is available now. Follow his blog at Digital Tonto or on Twitter @Digital Tonto.
View all posts by Greg Satell →
This entry was posted in Change and tagged Electricity, global pandemic, regulation, stocks, war. Bookmark the permalink.