Innovation in the time of Covid – Satisfycing Organizations 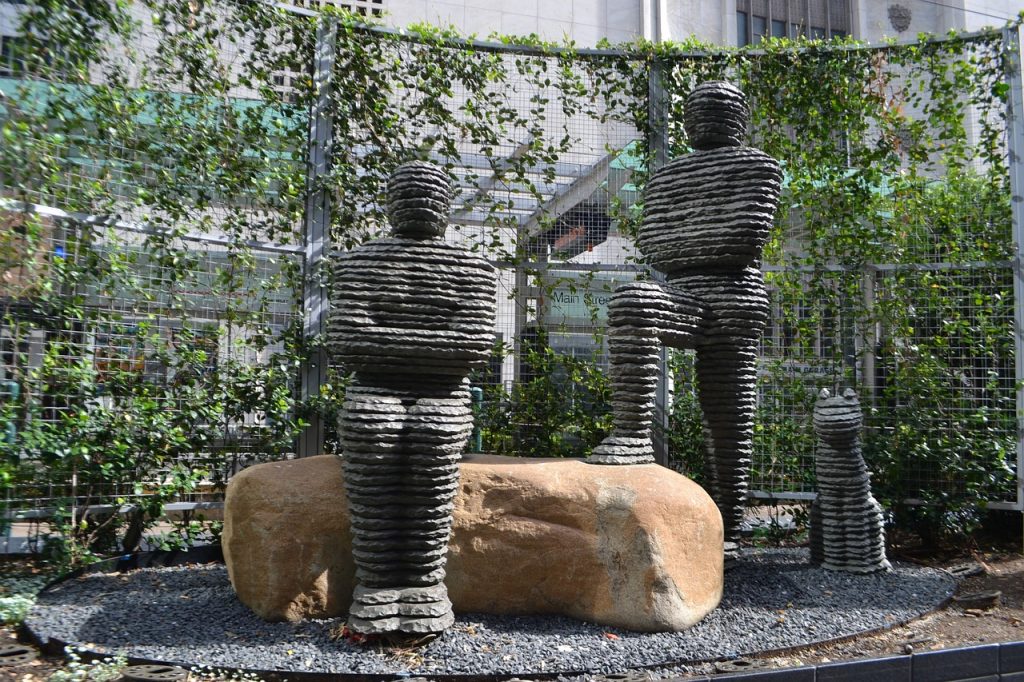 Many of us spend a lot of time thinking about consumer habits, and how to change or reinforce them.  As innovators that’s pretty central to our job.  And Covid has presented us with a unique opportunity, as so many consumer habits have been disrupted.  But work habits are as ingrained and as hard to break as consumer behavior, and so Covid provides a similar once in a generation opportunity to change work processes.

We have been forced us to work differently.  Remote working has meant less oversight and more autonomy. In parallel, the world has changed rapidly around us, forcing us to make quicker decisions while relying on less data.  As a result, we’ve also probably made a few mistakes, but hopefully also learned from them.  It’s been tough, but it’s also been a unique opportunity for learning and change.

The Organizational Brain:  I love analogies, and an obvious one is that the change in many organizations brings their processes closer to how the human brain makes decisions. They’ve been satisfycing – a concept borrowed from Behavioral Economics, that describes decisions that are good enough, not always perfect, but reached faster, and with less ‘process’.

This is a key concept in understanding real human behavior. Time is critical to survival. An early human being chased by a hungry saber tooth didn’t have time to ponder every possible escape route.  He or she just had to get away from the predator before it reached them, or at least move away faster than the slowest member of the tribe. As a result, we are the ancestors of people who made timely decisions based on limited data, not those who stood pondering every possibility in search of perfection.

Even contemporary decisions, while often not quite as urgent as escaping from a hungry predator, typically involve an analogous trade off between time and completeness of information. How many people know every detail about a stock, or even a car, before they buy?   In reality we rarely have time to fully process every relevant piece of information for any decision we make, but instead use a mixture of heuristics, proxy’s and our gut, together with some analysis to make good enough, but often not perfect decisions.

A Corporate Flaw: A flaw in traditional economics was that time was largely ignored.  It assumed that humans made perfect decisions based on all available data, no matter how long that took.  In many ways, businesses, especially big corporations lean towards this much slower, data based type of decision.  Employees have to justify decisions to a far greater degree than we do as individuals.  Telling a boss or a shareholder that a decision  ‘just felt right’ is probably career limiting, especially if it turns out to be the wrong decision. But this slows them down, and leaves them vulnerably to more agile, less risk averse competition making good enough decisions faster.  I’d also argue that a lot of time is also spent creating the illusion of certainty.  We collect supporting data, pre-align with a boss, or seek consensus via a team, but all too often this is an exercise in precision, not accuracy. We are only as good as our models, and these often struggle to accurately predict the complex, fast moving real world we live in.  I’m sure a few people will not be comfortable with this premise, and I’ll dive a little deeper later, but it’s born out by the high proportion of innovations that fail, despite great supporting consumer data and business projections.

The Covid Change: The good news is that Covid has forced us to change. Meetings have been switched to virtual, and in many cases participation has been trimmed. We haven’t abandoned consensus, but in many cases we’ve had to be more choiceful about when and where it’s needed. We have been forced to give people more autonomy, if only because oversight has been impossible. And hand in hand with all of this, in many cases we’ve also been forced to make decisions without the same level of supporting data we are used to.  The pace of change has accelerated, while many of our usual methods of testing have been stymied, or at least had to go through significant changes. Before Covid we may have debated and aligned, or run additional research or tests, both to make more informed decisions, but also to CYA should things go wrong.  In the last 18 months we’ve more often had to go with our gut, or at least make decisions where we’re far less ‘ certain’ about the outcome.

We will not know how this has worked out for some time, if ever, as we lack a frame of reference for operating in a pandemic.  But my guess is it this has probably worked out fairly well.  We probably have made a few more mistakes, or at least sub optimal decisions.  And we’ve likely learnt a few hard lessons as well. But most of the time, we’ve probably made good enough decisions.  And we’ve likely compensated by learning and adapting on the fly, or have perhaps built more flexibility into our plans to compensate for the lack of ‘certainty’ in our business plans.  In other words we’ve been more closely mirroring at an organization level how the human brain works.

I’m going to argue that this is a good thing, for at least four reasons.

1.  Less Meetings!!  When the work we have to do is too big, too difficult, or beyond the expertise of one person, we create a team to do it.  But teams also represent a trade-off.  It’s a conundrum that the very differences that make teams so valuable can also make them cumbersome and time consuming.  As we add different skills and perspectives in a team, transaction costs increase, all too often resulting in seemingly endless meetings in the pursuit of consensus. At P&G it wasn’t uncommon to have entire days of back-to-back meetings.

And Mea Culpa, I’m a recovering meeting addict. At times that back-to-back schedule almost felt like a badge of honor.  Conversely sitting at a desk and thinking, or quietly reading was treated with deep suspicion in some circles, despite it often being a highly productive exercise

2.  We’ve grown capability. We’ve been forced to give people more autonomy, which develops skills and motivation. Not everyone will have thrived when pushed out of their comfort zones, but we’ll have given people opportunity, and that will ultimately pay dividends

3.  We’ve been forced to embrace more learning from failure.We talk a lot about this, especially in innovation, but more often than not we still celebrate success far more than failure.  But a good scientist designs tests to fail, in order to challenge a hypothesis.  This does happen in business, but realistically most consumer research is designed to demonstrate success, and hence move us through the next stage-gate in our business process.  But we’ve probably made a few more mistakes, so we’ve probably learned a bit more.

4.  Perhaps most importantly, we’ve learned to live, and act with less data.  Humans all have a risk aversion bias, albeit some more, some less.  Data makes us believe we are increasing the quality of our decisions.  It can even provide a rational for procrastination.- “Let’s get more data before we push the button’.  Historically this has often caused us to run big, expensive consumer research, generate complex volume forecasts, and present detailed and precise (if not accurate) business plans to management. It feels good to believe we are betting on a near certainty, but that’s often unrealistic.  A majority of new products fail, despite having excellent consumer and volume forecasting data to back them up. The reality is that the world we place innovation into is usually too complex to accurately predict. The very act of introducing something new disrupts the system, as does any competitive response.  And if we are truly introducing something innovative or disruptive, it should by its very nature invalidate at least some of the careful validation work that has gone into our forecasting models and methodologies.  All too often, our research creates an illusion of certainty, or at best, over estimates our ability to predict the future.  It feels better than it performs.

I’m not suggesting we completely abandon consensus, or consumer testing and modeling.  These are great tools for weeding out bad ideas, and for anticipating and fixing issues that are more obvious in hindsight than in enthusiastic foresight.  And they can certainly help us to ball-park initiatives, especially if they are not too disruptive.  But the success rate of innovation in market strongly suggests that our models are not as reliably predictive as we’d like to believe.  It certainly suggests that if we can, we are betting off fine-tuning in market than we are fine tuning for a volume forecast.

Conversely, the human brain is, at least for the next few years, the smartest decision-making ‘entity’ we know. It routinely makes satisfycing decisions that balance the need for action against the cost of obtaining and processing additional information.  It accepts ‘good enough’ as a start point, and is really, really good at not locking into decisions prematurely, but using feedback loops to adjust on the fly.  It uses heuristics for quick decisions rather than certainty.  Given that it’s the pinnacle of millions of years of evolution, it’s probably not a bad thing if our organizations more closely mirror it.

Assuming we eventually vanquish Covid, we’ll all be searching for new equilibriums as the world restabilizes. There are things I’m personally really keen to bring back, such as the serendipity that comes from real human-to-human interaction.  But I also hope we don’t loose what we’ve learned.  Risk aversion will nudge us to revert back to higher degrees of certainty. And there will certainly be contexts where this makes sense, especially in pharmaceuticals and medicine, where we’ve taken unusual risks because of exceptional time constraints. But in less life and death fields, we may have found we can give people more autonomy, be more selective about consensus, have less meetings, better embrace learning from failure, and may not need as many consumer tests or as precise volume forecasts, as we previously thought.  A little bit of agility built into the back end can go a long way to reduce the perceived need of illusory certainty at the front.

Pete Foley is a consultant who applies Behavioral Science to catalyze innovation for Retail, Hospitality, Product Design, Branding and Marketing Design. He applies insights derived from consumer and shopper psychology, behavioral economics, perceptual science, and behavioral design to create practical solutions to difficult business challenges. He brings 25 years experience as a serial innovator at P&G. He has over 100 published or granted patents, has published papers in behavioral economics, evolutionary psychology and visual science, is an exhibited artist and photographer, and an accomplished musician.
View all posts by Pete Foley →
This entry was posted in Innovation and tagged Coronavirus, COVID19. Bookmark the permalink.

1 Response to Innovation in the time of Covid – Satisfycing Organizations