Weighing the Effectiveness of a Leader 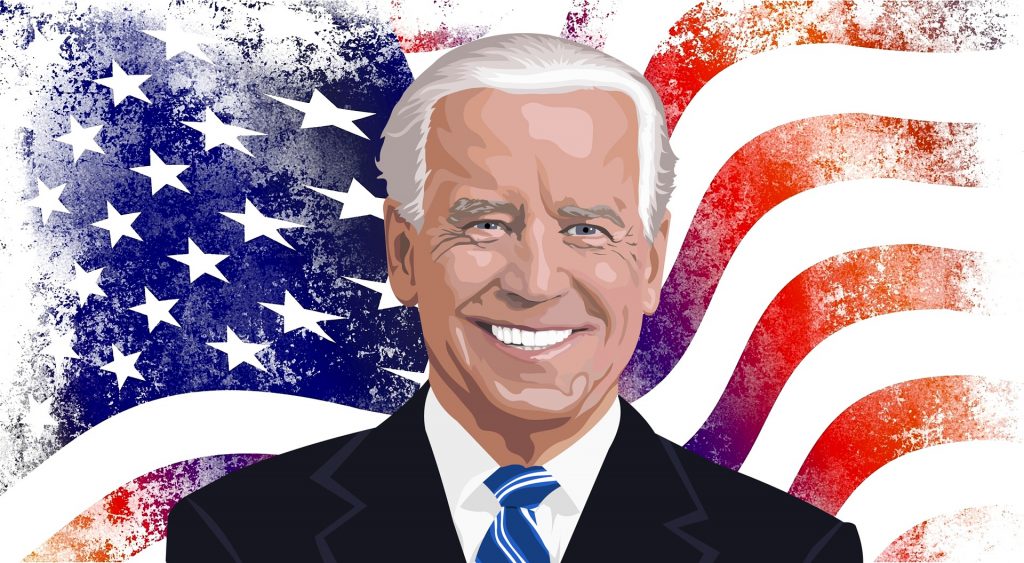 As a college student, I was a volunteer on Joe Biden’s initial race for U.S. Senate. I recalled him saying something like, “If I’m elected, come see me in Washington.” Twenty or so years later I did just that. I put Biden to the test.

It was after a speaking engagement in Washington, D.C. I was about to head to the airport when I spotted the majestic Capitol dome in the distance. I remembered Biden’s promise. I had the cabbie to take me over to the Senate Office Building wherein the Delaware senator’s receptionist dutifully passed along my request.

Moments later a smiling and familiar figure appeared. The senator shook my hand and barely slowed down long enough to usher me to accompany him over to the Senate floor where he needed to cast a vote. We visited on the tram back and forth, and shortly we were back at his office, whereupon he thanked me for my service and disappeared.

Brief though it was, Biden passed my little test. He kept his word. He walked his talk. It was just that simple, yet I never forgot it.

I recall that incident from long ago because right now because it seems that leaders everywhere are being put to the test. Constituents, employees, and everybody else is asking tough questions about the competence and character of leaders.

As an innovation coach and public speaker, I’ve had a 35 year ringside seat to observe leadership in action. Working in 54 countries, and in every state and with businesses and trade groups of every size and industry, I’ve seen examples of great leadership that inspired me no end. I’ve worked with top teams of businesses in Rome, Charlotte, Bangkok and Abu Dabi. I’ve observed leadership in mobile phone companies in Bahrain, staffing companies in Kansas City, energy companies in Kenya, and direct selling companies in Peru. And lately, as we all have, I’ve seen dysfunctional and self-serving leadership at the national level that has disgusted me and made me fearful for future generations.

Never has there been such an urgent need for leadership as right now. Many of the readers of InnovationTrends are CEOs and senior leaders of large organizations. This is my call for you to step up to the plate: your company, your country needs you to lead.

And as leaders, you and I face three distinct challenges going forward:

The first thing leaders must do is build trust.

From the White House to the schoolhouse to the state house and to businesses and nonprofit organizations large and small, followers are asking those in leadership positions: are you the “real deal” and can I trust you? Do you have my back? And can I trust you to keep me and my family and my community safe? Can you steer and navigate this organization to a better place, or will you stand idly by as it is disrupted by forces you don’t understand, and don’t have a strategy to counteract?

The second thing leaders must do is to anticipate future threats and opportunities.

This week I’m interviewing Rick Sorkin, CEO of Jupiter Intelligence, a climate risk startup with headquarters in Silicon Valley, and whose business booked ten times as many contracts in the first quarter of this year as it did in the prior year. “I think that the pandemic was a bit of a near death experience,” Sorkin told the Washington Post. “Once people got past [it], they were like, ‘Oh, what else is there like this that we’re not worrying about?’” Climate change is at the top of that list.

By using advanced computer modeling, Jupiter forecasts the likelihood of a wildfire disaster, or the threat of a flood engulfing your chemical plant. Jupiter offers a whole new level of insight into what might previously have been considered “unforeseen” risks. Post Covid/Post Jan 6 everyone instinctively realizes we are living in a period of ever-broader “unsustainable” risks. Today’s leaders can no longer kick cans down the road. They must lead, for their anticipation skills are on full display. All leaders need to develop and use better tools and methods to help anticipate threats, but also, as Jupiter is doing, to position, wherever and whenever possible to translate them – using creativity and innovation thinking — into opportunities.

The third thing that leaders need to do is to execute successfully and turn vision into reality.

I once interviewed Warren Bennis, the late leadership guru and former president of the University of Cincinnati. Professor Bennis believed in the adage that great leaders are not born but made, insisting that “the process of becoming a leader is similar, if not identical, to becoming a fully integrated human being,” as he put it in an interview with the New York Times. Both, he said, were grounded in self-discovery.

Yet It was Bennis’s definition of leadership that I recall now, as being particularly appropriate to the times we are living in. Leadership, as Bennis saw it, is “the capacity to translate vision into reality.”

And that vision-to-reality transformation is what we need to study now, to celebrate now, and to strive to get better at. Instead of “just getting by” or muddling through, true leaders develop a vision of where they want to take the organization. They study the trends, they look back to be guided by history, and they inform themselves consciously and consistently as to where today’s trends are headed, and they take risks and make investments, rather than merely “kicking the can down the road” for future leaders to deal with.

About Robert B. Tucker

Robert B. Tucker is a global futurist and innovation keynote speaker with a client list that includes over 200 of the Fortune 500 companies. President and founder of The Innovation Resource, Tucker is an internationally recognized pioneer in the field of innovation, Tucker’s highly interactive presentations lead audiences on a guided tour inside the world’s most creative companies. Through stories and examples, Tucker shows leaders how to tap the mindset, skillset and toolset of innovation to embrace change, discover opportunity and avoid obsolescence. Known for his in-depth customization, Tucker provides today’s leaders with practical strategies, cutting edge insights, and inspiration to take action once back at the office.
View all posts by Robert B. Tucker →
This entry was posted in Leadership and tagged future, Joe Biden, opportunities, trust, vision. Bookmark the permalink.