Rise of the Green Goblin? 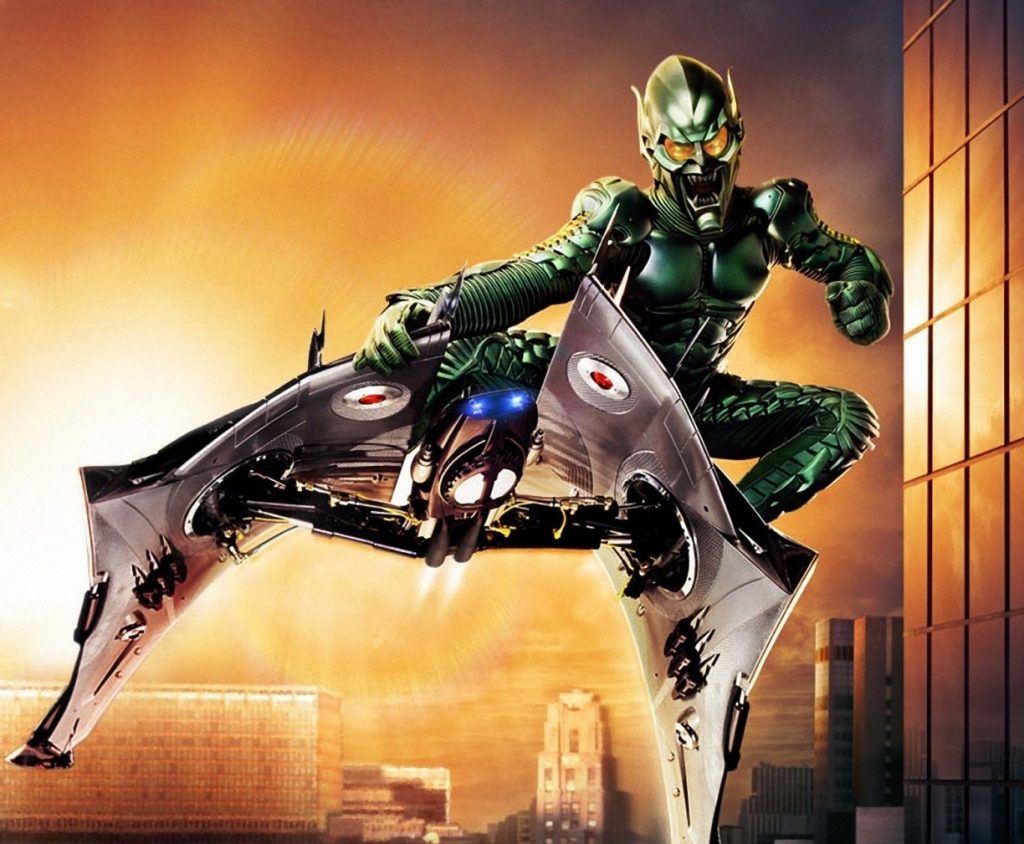 For those of you out there who are comic book aficionados, you might be familiar with a super villain from the Spiderman series called the Green Goblin. One of the trademarks of the Green Goblin in addition to hand grenades that he liked to throw at people was a personal flying machine that he stood on and zoomed around the city.

Recently I came across a flying machine designed by a man from a France that very much realizes the promise of the flying machine utilized by the Green Goblin in the comic strip. The Frenchman has been hard at work on this flying machine for at least a couple of years. His name is Franky Zapata and he is a jet ski racer turned inventor.

He first started experimenting with a board that used water under pressure to elevate itself above the surface of the water (kind of building on the concept of the Jet Ski) and then decided to swap out the water being forced downwards for air forced being forced downwards with four jet turbines. He debuted an early prototype on France’s Got Talent a couple of years ago, which you can see here:

He has since evolved his prototypes to make them easier to ride, with more redundancy, and thus potentially more consumer friendly, which you can see here:

And finally you can see Franky Zapata talking about the Flyboard Air here:

Lots of legal and regulatory hurdles before it is ready for prime time, but it sure looks like fun!

So what do you think, innovation or not?

Braden Kelley is a Human-Centered Experience, Innovation and Transformation consultant at HCL Technologies, a popular innovation speaker, workshop leader, and creator of the Human-Centered Change™ methodology. He is the author of Stoking Your Innovation Bonfire from John Wiley & Sons and Charting Change from Palgrave Macmillan. Braden has been advising companies since 1996, while living and working in England, Germany, and the United States. Braden is a US Navy veteran and earned his MBA from top-rated London Business School. Follow him on Linkedin, Twitter, Facebook, or Instagram.
View all posts by Braden Kelley →
This entry was posted in Innovation and tagged air flight, aircraft, Flyboard Air, Flying, France, Franky Zapata, gyroscope, hoverboard, inventions, personal aircraft. Bookmark the permalink.