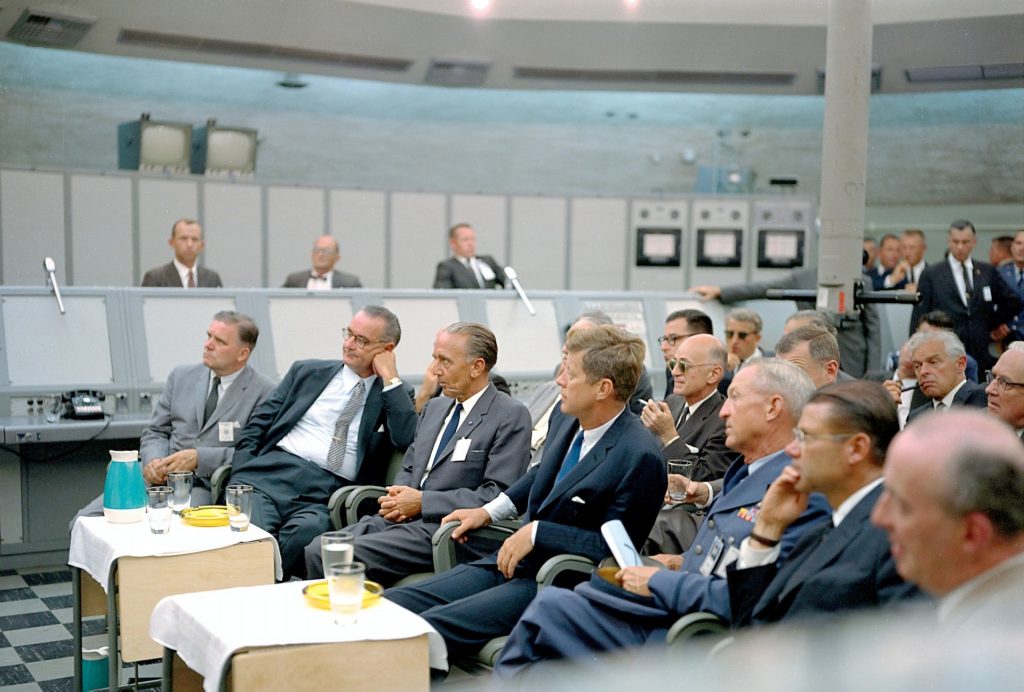 The speech galvanized the country into one of the most vast collective efforts in history, involving politicians, scientists, engineers and the general public to achieve that goal. Perhaps even more importantly, it imbued the country with a sense of shared purpose that carried over into our business, personal and community life.

Today, that sense of shared purpose is much harder to achieve. Our societies are more diverse and we no longer expect to spend an entire career at a single company, or even a single industry. That’s why the most essential element of a leader’s job today isn’t so much to plan and direct action, but to inspire and empower belief in a common mission.

When Lou Gerstner first arrived at IBM, the company was going bankrupt. He quickly identified the root of the problem: Infighting. “Units competed with each other, hid things from each other,” he would later write. Huge staffs spent countless hours debating and managing transfer pricing terms between IBM units instead of facilitating a seamless transfer of products to customers.”

The problem is a common one. General Stanley McChrystal experienced something similar in Iraq. As he described in Team of Teams, his forces were split into competing tribes, such as Navy SEALS, Army Special Forces, Night Stalker helicopter pilots, and others, each competing with everyone else for resources.

We naturally tend to form groups based on identity. For example, in a study of adults that were randomly assigned to “leopards” and “tigers,” fMRI studies noted hostility to outgroup members. Similar results were found in a study involving five-year-old children and even in infants. So, to a certain extent, tribalism is unavoidable.

It can also be positive. Under Gerstner, his employees continued to take pride in their unit, just as under McChrystal commando teams continued to build an esprit de corps. Yet those leaders, and President Kennedy as well, expanded those tribes to include a second, larger identity as IBMers, warriors in the fight against terrorism and as Americans, respectively.

Shared identity is the first step to building a true sense of shared purpose, but without shared values shared identity is meaningless. We can, as in the study mentioned above, designate ourselves “leopards” or “tigers,” but that is a fairly meaningless distinction. It may be enough to generate hostility to outsiders, but not enough to create a genuine team dynamic.

In the 1950s there were a number of groups opposed to Apartheid in South Africa. Even though they shared common goals, they were unable to work together effectively. That began to change with the Congress of the People, a multi-racial gathering which produced a statement of shared values that came to be known as the Freedom Charter.

Nelson Mandela would later say that the Freedom Charter would have been very different if his organization, the African National Congress (ANC) had written it by themselves, but it wouldn’t have been nearly as powerful. It not only gave anti-Apartheid groups a basis for collective action, by being explicit values, it formed a foundation for those outside of South Africa, who shared the same values, to share the anti-Apartheid purpose.

Perhaps most importantly, the Freedom Charter imposed costs and constraints on the anti-Apartheid movement. By committing itself to a multi-racial movement the African National Congress lost some freedom of action. However, constraining itself in that way was in itself a powerful argument for the viability of a multi-racial society in South Africa.

One of the most powerful moments in our Transformation and Change Workshops is when people make the shift from differentiating values, such as the black nationalism that Mandela favored as a young man, to shared values, such as equal rights under the law that the Freedom Charter called for. Of course, you can be a black nationalist and also support equal rights, but it is through shared values that your change effort will grow.

Shared identity and shared values are both essential elements of shared purpose, but they are still not sufficient. To create a true sense of a common mission, you need to instill bonds of trust and that can only be done through engaging in shared action. Consider a study done in the 1960s, called the Robbers Cave Experiment, which involved 22 boys of similar religious, racial and economic backgrounds invited to spend a few weeks at a summer camp.

In the first phase, they were separated into two groups of “Rattlers” and “Eagles” that had little contact with each other. As each group formed its own identity, they began to display hostility on the rare occasions when they were together. During the second phase, the two groups were given competitive tasks and tensions boiled over, with each group name calling, sabotaging each other’s efforts and violently attacking one another.

In the third phase, the researchers attempted to reduce tensions. At first, they merely brought them into friendly contact, with little effect. The boys just sneered at each other. However, when they were tricked into challenging tasks where they were forced to work together in order to be successful, the tenor changed quickly. By end of the camp the two groups had fallen into a friendly camaraderie.

In much the same way, President Kennedy’s Moonshot wasn’t some obscure project undertaken in a secret lab, but involved 400,000 people and was followed on TV by millions more. The Congress of the People wasn’t important just for the document that it produced, but because of the bonds forged in the process. General McChrystal didn’t just preach collaboration, but made it necessary by embedding his personnel in each other’s units.

Times like these strain any organization. The Covid-19 crisis alone forces enterprises to change. Put racial and political tensions on top and you can quickly have a powder keg waiting to explode. On the other hand, much like the boys in the “Robbers Cave” experiment, common struggle can serve to build common bonds.

When President Kennedy gave his famous speech in 1962, the outlook didn’t look very bright. The launch of the Russian satellite Sputnik in 1957 had put America on its heels. Kennedy’s disastrously failed Bay of Pigs invasion was only compounded by his humiliation at the hands of Khrushchev in Vienna.

Yet instead of buckling under the pressure, Kennedy had the grit and imagination to conceive a new project that would “serve to organize and measure the best of our energies and skills.” He pledged that we would go to the moon before the decade was out and we did, putting America back on top of the world and imbuing the country with a sense of pride and ambition.

We can do the same. The Covid pandemic, while tragic, gives us the opportunity to reimagine healthcare and fix a broken system. The racial tensions that George Floyd’s murder exposed have the potential to help us build a new racial consciousness. Revolutions do not begin with a slogan, they begin with a cause.

That’s what makes transformational leaders different. Where others see calamity, they see potential for change.