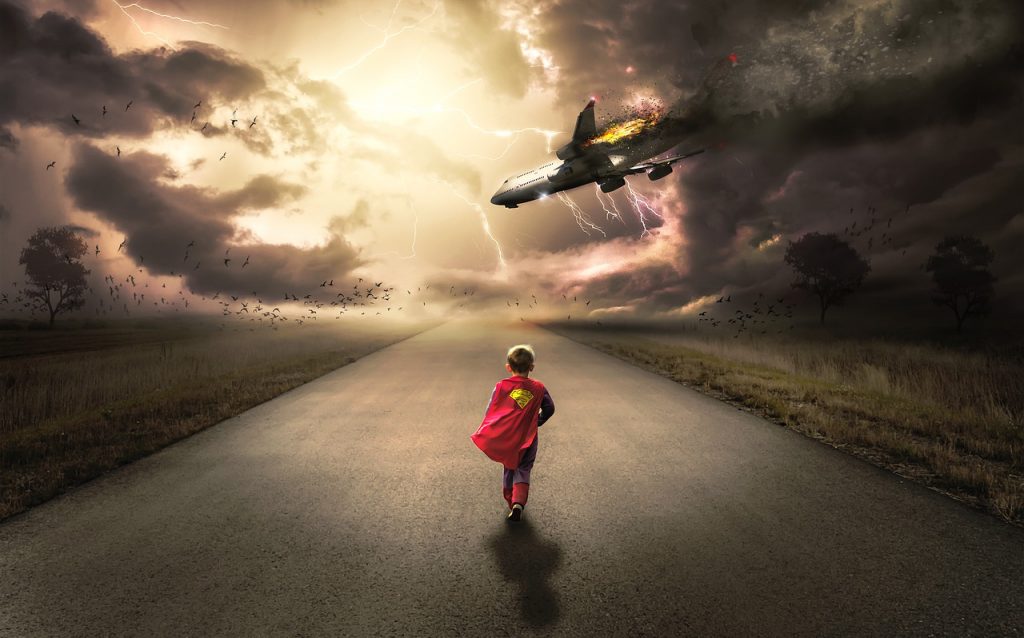 Recently I got invited to an “innovation hero” award ceremony at a government agency. I don’t know how many of these I’ve been to in the last couple years, but this one just made my head explode.

The award was for an entrepreneur who worked against all odds to buck the system to turn her insight into an application. She had realized it was possible to automate a process that was being done manually – reentering data from one spreadsheet to another and annotating it with additional data from another system. Inspired by her own work problem, she talked to her peers and other stakeholders, built multiple minimum viable products, and figured out how to get engineering, policy, legal, security and everyone else in the enterprise to actually approve it. And then she fought with the acquisition folks to buy the trivial amount of additional hardware needed to connect it. It was a development process that would’ve taken three weeks in a startup, but inside this agency took 10 months (which was considered fast.) At each step she was confronted with “we’re not budgeted for this” or “this isn’t on our schedule” and “this isn’t your job.” Most rational people would’ve given up and said “you can’t fight the system” but yet she persisted.

Having seen this scenario play out multiple times at multiple large corporations and government agencies, I could’ve repeated the speech her agency director made at the ceremony verbatim. “Blah blah blah and a $100 bonus.” Everyone politely applauded and went back to work feeling good. I was simply depressed. Never once did anyone ever step back and say that what we just witnessed was leadership rewarding and perpetuating a dysfunctional and broken system.

Instead, everyone at this award ceremony just went back to work like it was business as usual. I realized that innovation in this organization was going to continue to happen by heroics and exception rather than by design. As I’ve seen play out way too many times, ultimately the innovators get tired of banging their heads against the wall and leave government service or large companies. Their organizations hemorrhage the very people they need to help them compete against aggressive adversaries or competitors who have them in their sights.

Sadly, this wasn’t a single act of bad management or malice. No single individual thought they weren’t doing their job. However, if anyone had taken the time to deconstruct the reason for the roadblocks to innovation, they would have uncovered they weren’t just obstinate middle managers, or a single bad process. Asking a series of “five whys,” (see this HBR article) would have discovered that:

Ultimately, the root cause was the entire government agency lacked an Innovation Doctrine. This manifested itself as an organizational design problem. There was simply no permanent place in the organization for unscheduled innovation to happen. And even if there had been, there was no way to turn demos into deployment with speed and at scale.

In peacetime and/or when you’re the dominant superpower (or a commercial market leader), the emphasis is on process, procedures, and sustaining of existing systems. Deviations from that create chaos and diverge from the predetermined are not welcomed, let alone promoted, and funded. They are eliminated. This works great when the external environment – competitors, adversaries, technologies, threats – is static. However, in times of crisis, war or disruption, these unconventional thinkers and innovators are exactly what is needed, and their ideas need to be rapidly deployed.

Well-managed organizations realize that they need both innovation and execution. With execution being dominant in peacetime/competitive advantage you have managers of process. In crisis/wartime innovation is dominant. Instead of mangers of process you need innovation leaders who shepherd ideas through an innovation pipeline (via HBR). Successful organizations recognize that innovation isn’t a single activity (incubators, accelerators, hackathons); it is a strategically organized end-to-end process from idea to deployment.

While innovation and execution have different processes, people, and culture, they need to respect and depend on each other. This ambidexterity (see this HBR article) and the innovation processes that go with it require an innovation doctrine – an overall strategy and playbook for the entire organization and enterprise that includes an innovation pipeline and processes intended to drive innovation efforts, and describes the role of innovation leaders in an ambidextrous organization – all focused on rapid deployment of new capabilities.

Steve Blank is an Adjunct Professor at Stanford and Senior Fellow for Innovation at Columbia University. He has been described as the Father of Modern Entrepreneurship, credited with launching the Lean Startup movement that changed how startups are built; how entrepreneurship is taught; how science is commercialized, and how companies and the government innovate.
View all posts by Steve Blank →
This entry was posted in Innovation and tagged awards, recognition. Bookmark the permalink.

1 Response to Why Innovation Heroes Indicate a Dysfunctional Organization