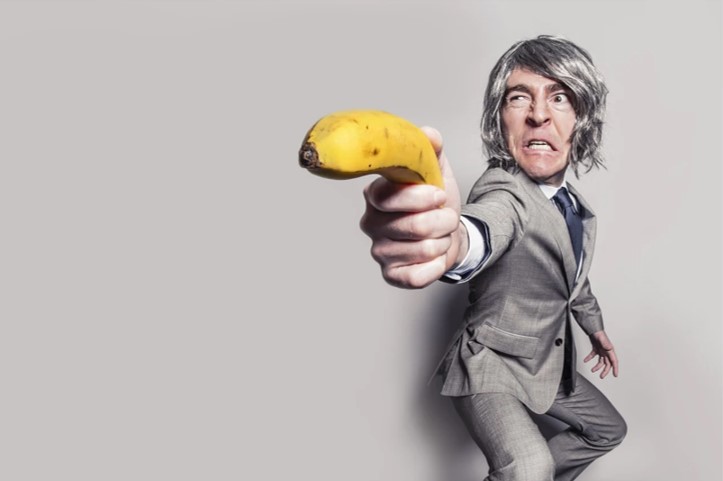 Look at anyone who has truly changed the world and they encountered significant resistance. In fact, while researching my book Cascades, I found that every major change effort, whether it was a political revolution, a social movement or an organizational transformation, had people who worked to undermine it in ways that were dishonest, underhanded and deceptive.

Unfortunately, we often don’t realize that there is an opposition campaign underway until it’s too late. People rarely voice open hostility to change. Opponents might even profess some excitement at our idea conceptually, but once there is a possibility of real action moving forward, they dig in their heels.

None of this means that change can’t happen. What it does mean is that, if you expect to bring about meaningful change, planning to overcome resistance has to be a primary design constraint and an organizing principle. Once you understand that, you can begin to move forward, identify shared values, design effective tactics and, ultimately, create lasting change.

Start With a Local Majority

Consider a famous set of conformity studies performed by the psychologist Solomon Asch in the 1950s. The design was simple, but ingenuous. He merely showed people pairs of cards, asking them to match the length of a single line on one card with one of three on an adjacent card. The correct answer was meant to be obvious.

However, as the experimenter went around the room, one person after another gave the same wrong answer. When it reached the final person in the group (in truth, the only real subject, the rest were confederates), the vast majority of the time that person conformed to the majority opinion, even if it was obviously wrong!

Majorities don’t just rule, they also influence, especially local majorities. The effect is even more powerful when the issue at hand is not as clear-cut as the length of a line on a card. Also, more recent research suggests that the effect applies not only to people we know well, but that we are also influenced even by second and third-degree relationships.

The key point here is that we get to choose who we expose an idea to. If you start with five people in a room, for example, you only need three advocates to start with a majority. That may not seem consequential, but consider that the movement that overthrew Serbian dictator Slobodan Milošević started with five kids in a cafe, and you can see how even the most inauspicious beginnings can lead to revolutionary outcomes.

You can always expand a majority out, but once you’re in the minority you are likely to get immediate pushback and will have to retrench. That’s why the best place to start is with those who are already enthusiastic about your idea. Then you can empower them to be successful and bring in others who can bring in others still.

Listen to Your Opposition, But Don’t Engage Them

People who are passionate about change often see themselves as evangelists. Much like Saint Paul in the bible, they thrive on winning converts and seek out those who most adamantly oppose their idea in an attempt to change their minds. This is almost always a mistake. Directly engaging with staunch opposition is unlikely to achieve anything other than exhausting and frustrating you.

However, while you shouldn’t directly engage your fiercest critics, you obviously can’t act like they don’t exist. On the contrary, you need to pay close attention to them. In fact by listening to people who hate your idea you can identify early flaws, which gives you the opportunity to fix them before they can be used against you in any serious way.

One of the most challenging things about managing change effort is balancing the need to focus on a small circle of dedicated enthusiasts while still keeping your eyes and ears open. Once you become too insular, you will quickly find yourself out of touch. It’s not enough to sing to the choir, you also need to get out of the church and mix with the heathens.

Perhaps the most important reason to listen to your critics is that they will help you identify shared values. After all, they are trying to convince the same people in the middle that you are. Very often you’ll find that, by deconstructing their arguments, you can use their objections to help you make your case.

Many revolutionaries, corporate and otherwise, are frustrated marketers. They want to differentiate themselves in the marketplace of ideas through catchy slogans that “cut through.” It is by emphasizing difference that they seek to gin-up enthusiasm among their most loyal supporters.

That was certainly true of LGBTQ activists, who marched through city streets shouting slogans like “We’re here, we’re queer and we’d like to say hello.” They led a different lifestyle and wanted to demand that their dignity be recognized. More recently, Black Lives Matter activists made calls to “defund the police,” which many found to be shocking and anarchistic.

Corporate change agents tend to fall into a similar trap. They rant on about “radical” innovation and “disruption,” ignoring the fact that few like to be radicalized or disrupted. Proponents of agile development methods often tout their manifesto, oblivious to the reality that many outside the agile community find the whole thing a bit weird and unsettling.

While emphasizing difference may excite people who are already on board, it is through shared values that you bring people in. So it shouldn’t be a surprise that the fight for LGBTQ rights began to gain traction when activists started focusing on family values. Innovation doesn’t succeed because it’s “radical,” but when it solves a meaningful problem. The value of Agile methods isn’t a manifesto, but the fact that they can improve performance.

Create and Build On Success

Starting with a small group of enthusiastic apostles may seem insignificant. In fact, look at almost any popular approach to change management and the first thing on the to-do-list is “create a sense of urgency around change” or “create an awareness of the need for change.” But if that really worked, the vast majority of organizational transformations wouldn’t fail, and we know that they do.

Once you accept that resistance to change needs to be your primary design constraint, it becomes clear that starting out with a massive communication campaign will only serve to alert your opponents that they better get started undermining you quickly or you might actually be successful in bringing change about.

That’s why we always advise organizations to focus on a small, but meaningful keystone change that can demonstrate success. For example, one initiative at Procter & Gamble started out with just three mid-level executives focused on improving one process. That kicked off a movement that grew to over 2500 employees in 18 months. Every successful large enterprise transformation we looked at had a similar pattern.

That, in truth, is the best way to outsmart the opponents of change. Find a way to make it successful, no matter how small that initial victory may be, then empower others to succeed as well. It’s easy to argue against an idea, you merely need to smother it in its cradle. Yet a concept that’s been proven to work and has inspired people to believe in it is an idea whose time has come.

1 thought on “Outsmarting Those Who Want to Kill Change”