To Change the World You Must First Learn Something About It 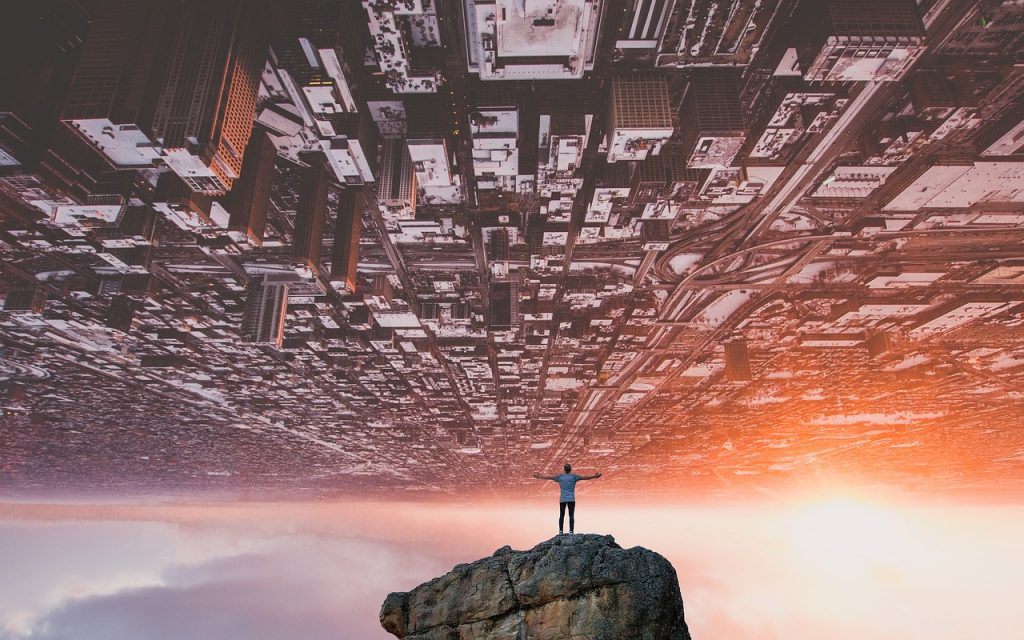 Anybody who has waited for a traffic light to change, in the middle of the night at an empty intersection, knows the urge to rebel. There is always a tension between order and freedom. While we intuitively understand the need for order to constrain others, we yearn for the freedom to do what we want and to seek out a vision and sense of meaning in our lives.

Yet as we have seen over the past decade, attempts to overturn the existing order usually fail. The Tea Party erupted in 2009, but had mostly sputtered out by 2014. #Occupy protests and Black Lives Matter sent people into the streets, but achieved little, if anything. Silicon Valley “unicorns” like WeWork routinely go up in flames.

Not all revolutions flop, though. In fact, some succeed marvelously. What has struck me after researching transformational change over nearly two decades is how similar successful efforts are. They all experience failures along the way. What makes the difference is their ability to learn, adapt and change along the way. That’s what allows them to prevail.

Five Kids Meet In A Cafe

One day in 1998, a group of five friends met in a cafe in Belgrade. Although still in their 20s, they were already experienced activists and most of what they experienced was failure. They had taken part in student protests against the war in Bosnia in 1992, as well in the larger uprisings in response to election fraud in 1996. Neither had achieved much.

Having had time to reflect on their successes and failures, they hatched a new plan. They knew from their earlier efforts that they could mobilize people and get them to the polls for the presidential election in 2000. They also knew that Slobodan Milošević, who ruled the country with an iron hand, would try and steal the election, just as he did in 2006.

So that’s what they planned for.

The next day, six friends joined the five from the previous day and, together, they formed the original 11 members of Otpor, the movement that would topple the Milošević regime. They began slowly at first, performing pranks and street theater. But within two years it grew to over 70,000 members, with chapters all over Serbia. Milošević was ousted in the Bulldozer revolution in 2000. He would die in his prison cell at The Hague in 2006.

What Otpor came to understand is that it takes small groups, loosely connected, but united by a shared purpose to drive transformational change. The organization was almost totally decentralized, with just a basic “network meeting” to share best practices every two weeks. Nevertheless, by empowering those smaller groups and giving them a shared sense of mission, they were able to prevail over seemingly impossible odds.

In 2017, John Gadsby and two colleagues in Procter & Gamble’s research organization saw that there was a problem. Although cutting-edge products were being developed all around them, the processes at the 180 year-old firm were often antiquated, making it sometimes difficult to get even simple things done.

So they decided to do something about it. They chose a single process, which involved setting up experiments to test new product technologies. It usually took weeks and was generally considered a bottleneck. Utilizing digital tools, however, they were able to hone it down to just a few hours. It was a serious accomplishment and the three were recognized with a “Pathfinder” award by the company CTO.

Every change starts out with a grievance, such as the annoyance of being bogged down by inefficient processes. The first step forward is to come up with a vision for how you would like things to be different. However, you can never get there in a single step, which is why you need to identify a single keystone change to show others that change is really possible.

That’s exactly what the team at P&G did. Once they showed that one process could be dramatically improved, they were able to get the resources to start improving others. Today, more than 2,500 of their colleagues have joined their movement for process improvement, called PxG, and more than 10,000 have used their applications platform.

As PxG has grown it has also been able to effectively partner with other likeminded initiatives within the company, reinforcing not only its own vision, but those of others that share its values as well.

In the late 1960’s, Gary Starkweather was in trouble with his boss. As an engineer in Xerox’s long-range xerography unit, he saw that laser printing could be a huge business opportunity. Unfortunately, his manager at the company’s research facility in upstate New York was focused on improving the current product line, not looking to start a new one.

The argument got so heated that Starkweather’s job came to be in jeopardy. Fortunately, his rabble-rousing caught the attention of another division within the company, the Palo Alto Research Center (PARC), which was less interested in operational efficiency than inventing an entirely new future. They eagerly welcomed Starkweather into their ranks with open arms.

Unlike his old lab, PARC’s entire mission was to create the future. One of the technologies it had developed, bitmapping, would revolutionize computer graphics, but there was no way to print the images out. Starkweather’s work was exactly what they were looking for and, with the Xerox’s copier business in decline, would eventually save the company.

The truth is that good ideas fail all the time and it often has little to do with the quality of the idea, the passion of those who hold it or its potential impact, but rather who you choose to start with. In the New York lab, few people bought into Starkweather’s idea, but in Palo Alto, almost everyone did. In that fertile ground, it was able to grow, mature and triumph.

When trying to get traction for an idea, you always want to be in the majority, even if it is only a local majority comprising a handful of people. You can always expand a small majority out, but once you are in the minority you will get immediate pushback and will need to retrench.

The Secret to Subversion

Through my work, I’ve gotten to know truly revolutionary people. My friend Srdja Popović was one of the original founders of Otpor and has gone on to train activists in more than 50 countries. Jim Allison won a Nobel Prize for discovering Cancer Immunotherapy. Yassmin Abdel-Magied has become an important voice for diversity, equity and inclusion. Many others I profiled in my books, Mapping Innovation and Cascades.

What has always struck me is how different real revolutionaries are from the mercurial, ego-driven stereotypes Hollywood loves to sell us. The truth is that all of those mentioned above are warm, friendly and genuinely nice people who are a pleasure to be around (or were, Gary Starkweather recently passed).

What I’ve found over the years is that sense of openness helped them succeed where others failed. In fact, evidence suggests that generosity is often a competitive advantage for very practical reasons. People who are friendly and generous tend to build up strong networks of collaborators, who provide crucial support for getting an idea off the ground.

But most of all it was that sense of openness that allowed them to learn, adapt and identify a path to victory. Changing the world is hard, often frustrating work. Nobody comes to the game with all the answers. In the final analysis, it’s what you learn along the way—and your ability to change yourself in response to what you learn—that makes the difference between triumph and bitter, agonizing failure.

Greg Satell is a popular speaker and consultant. His latest book, Cascades: How to Create a Movement That Drives Transformational Change, is available now. Follow his blog at Digital Tonto or on Twitter @Digital Tonto.
View all posts by Greg Satell →
This entry was posted in Change, Innovation and tagged invention, movements, subversion. Bookmark the permalink.