What you should learn from the Google Health failure 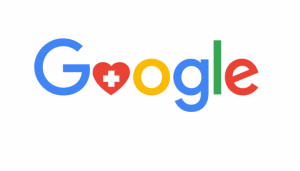 There used to be a time when almost everyone was asking, “What would Google do with sickcare?”

Google health has pulled the plug on their sickcare venture. So did Haven. So did Microsoft. Maybe if the folks in the corner offices (remember those) or at their beach villas working from home talked to some doctors sooner, things might have been better. You remember who doctors are, right? They are those people in the white coats who actually take care of the patients you are trying to convince to use your products.

However, Google, by no means, is getting out of the sickcare business. Google says it is ramping up its investments in health-focused initiatives even as it dissolves its single unified health division. They are reorganizing and focusing on other products and services.

What can startups, scaleups and other grownups trying to tame the sickcare beast learn from these megafailures?

2. Don’t make the two most common reasons why your venture will fail. Adam Bosworth, a former manager of Google Health, who left in 2007 before the service was introduced, said the service could not overcome the obstacle of requiring people to laboriously put in their own data.

“In the end,” Mr. Bosworth said, “it was an experiment that did not have a compelling consumer proposition.” In other words, it was a solution looking for a problem.

The bottom line is that all entrepreneurs and new product developers have one and only one job: figure out what the customer wants you to do and give it or sell it to them at a profit. It’s too bad you can’t just push one big button to make that happen. Well, at least they didn’t call it Google Sick.

Arlen Meyers, MD, MBA is an emeritus professor at the University of Colorado School of Medicine, an instructor at the University of Colorado-Denver Business School and cofounding President and CEO of the Society of Physician Entrepreneurs at www.sopenet.org. Linkedin: https://www.linkedin.com/in/ameyers/
View all posts by Arlen Meyers →
This entry was posted in Entrepreneurship, Uncategorized and tagged digital health. Bookmark the permalink.