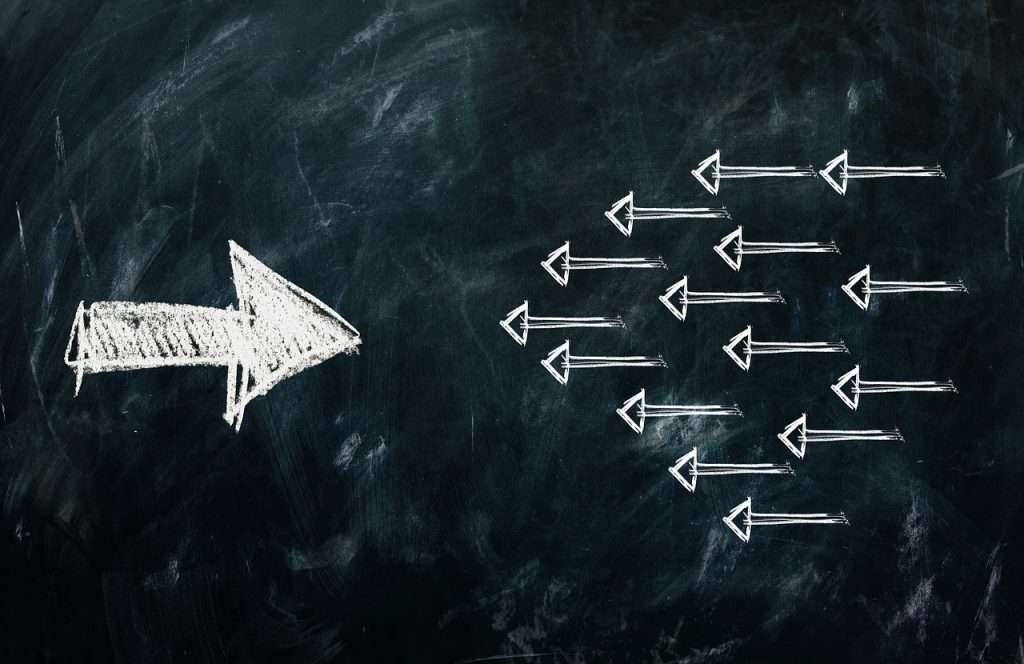 In 1964, as the financial revolution was gathering steam, an MIT economist named Paul Cootner published a collection of essays called The Random Character of Stock Market Prices. Based largely on an obscure dissertation by a forgotten frenchman, it laid the foundations for a new era of financial engineering.

Yet among the papers included was one that told quite a different story. Written by Benoit Mandelbrot—a mathematician not an economist—it showed that the seemingly sophisticated models significantly underestimated volatility and risk. In effect, he was predicting that these models would massively blow up one day.

No one disputed Mandelbrot’s facts, because they were clear and indisputable. Nevertheless, reputations were invested and there was of money to be made. So Mandelbrot’s warnings, although not altogether forgotten, were put in the back seat and we paid an enormous price. Clearly, then as now, we failed to invest in resiliency. Will we ever learn our lesson?

The Path to Pandemic

The Coronavirus crisis, for all of its severity, shouldn’t have been a surprise. There was the SARS pandemic in 2003, the Swine Flu outbreak in 2009, MERS in 2012 and, of course, Ebola in 2014. Each of these had potential for global catastrophe that was, thanks to some decisive action and no small amount of luck, averted.

There were also no shortage of warnings. George W. Bush sounded the alarm back in 2005, saying, “If we wait for a pandemic to appear, it will be too late to prepare.” RAND issued a report in 2012. Bill Gates was explicit about our lack of preparedness in his 2015 TED Talk.

To highlight the risk, before leaving office the Obama administration set up an exercise for the incoming Trump administration based on their earlier experience with pandemics.

Yet to say we dithered greatly understates the problem. From its very first year in office, the current administration proposed deep cuts to the NIH and CDC. Even in January 2020, when it was clear that the danger from the virus was growing, it was calling for cuts to those same agencies. Administration officials then doubled down on these cuts as late as March.

The lights had been blinking red. There had been 4 major outbreaks in the last 20 years. Experts and public officials had repeatedly called for preparations. Instead, we got tax cuts and deregulation. The pandemic’s path was cleared by public inattention and government inaction. While the ship was sinking, the crew was sleeping.

Unfortunately, our problems don’t end there.

Clearly the Coronavirus crisis is a tragedy, yet it’s not the only light that has been blinking red for a while now. Just as Mandelbrot warned of the financial meltdown that came in 2008 and experts had been warning about the danger of pandemics for at least 20 years, there are a number of crises waiting to happen that we’re currently ignoring.

Take the climate crisis for example. A 2018 climate assessment published by the US government warned that we can expect climate change to “increasingly affect our trade and economy, including import and export prices and U.S. businesses with overseas operations and supply chains.” Another study found that the damages from climate related disasters since 1980 exceeds $1.7 trillion. That will only grow.

In the US our debt had already been a concern, especially considering that Medicare spending is set to explode. Now, with the Coronavirus crisis, we can expect to be adding trillions more to that, which doesn’t even include our massive environmental debt and infrastructure debt. Add it all up and our debts could easily exceed $30 trillion and possibly much more than that

It doesn’t end there either. Our electricity grid is insecure and vulnerable to cyberattack. As we increasingly delegate decisions to machines, we are realizing that we often do not understand how many of those decisions are made and we desperately need to make artificial intelligence explainable, auditable and transparent. We are also in the beginning of a genomics revolution, which will also create profound challenges.

The challenges we face today, while profound and potentially catastrophic, are not at all unprecedented. In the 1950s, when we first began to understand the possibility of a nuclear holocaust, Albert Einstein and Bertrand Russell issued a manifesto highlighting the dangers of nuclear weapons, which was signed by 10 Nobel Laureates. Later, a petition signed by 11,000 scientists helped lead to the Partial Test Ban Treaty.

In the 1970s, when the dangers of gene editing became real, Paul Berg, one of the leading researchers, organized the Asilomar Conference to establish guidelines. The result, now known as the Berg Letter called for a moratorium on the riskiest experiments until the risks were better understood and instituted norms that were respected for decades.

Both efforts benefitted from a broad array of expertise. It was the partnership of Einstein, the world’s most famous physicist and the prominence of Bertrand Russell as a philosopher that jump-started the non-proliferation movement. The Asilomar conference included not only scientists, but also lawyers, politicians and members of the media.

In a similar vein, the Partnership on AI, which was formed to address ethical issues in artificial intelligence, includes not only leading tech companies, but also organizations like the ACLU, Human Rights Watch and Chatham House. CRISPR pioneer Jennifer Doudna has called for a similar effort to establish guidelines for synthetic biology, especially as it relates to germ-line editing.

Either Way, We Pay the Price

In a response to Mandelbrot’s paper in 1964 about the dangers of financial models, Cootner wrote that it forced economists “to face up in a substantive way to those uncomfortable empirical observations that there is little doubt most of us have had to sweep under the carpet until now.” He then added, “but surely before consigning centuries of work to the ash pile, we should like to have some assurance that all of our work is truly useless.”

In other words, the concerns were real, but the costs of addressing them seemed too great to bear. The era of financial engineering had begun and, although there were some hiccups along the way, such as a major stock market crash in 1987, things went relatively smoothly until the bottom fell out in 2008. It was only then that concepts like kurtosis and fat-tailed models came into wide-use to create more resilience in the system.

It was that same line of thinking that led congress to underfund our emergency medical stockpile to save money. It’s easy to underinvest today for a future risk that may never come. To many, it can even seem like the prudent thing to do. At any given time, the needs of the present can seem overwhelming. Borrowing from the future can help address those needs.

Yet as we’ve seen, in 2008 and 2020, eventually we pay the price, one way or another. Just as we will pay the price for some future catastrophe, whether it is a financial crisis, a pandemic, a climate event, social unrest or some other calamity. We can choose to invest in greater resilience now and save untold suffering in the future. We have that power.

Unfortunately, if recent events are any indication, we still haven’t learned our lesson.