The Need for a Dignity Economy 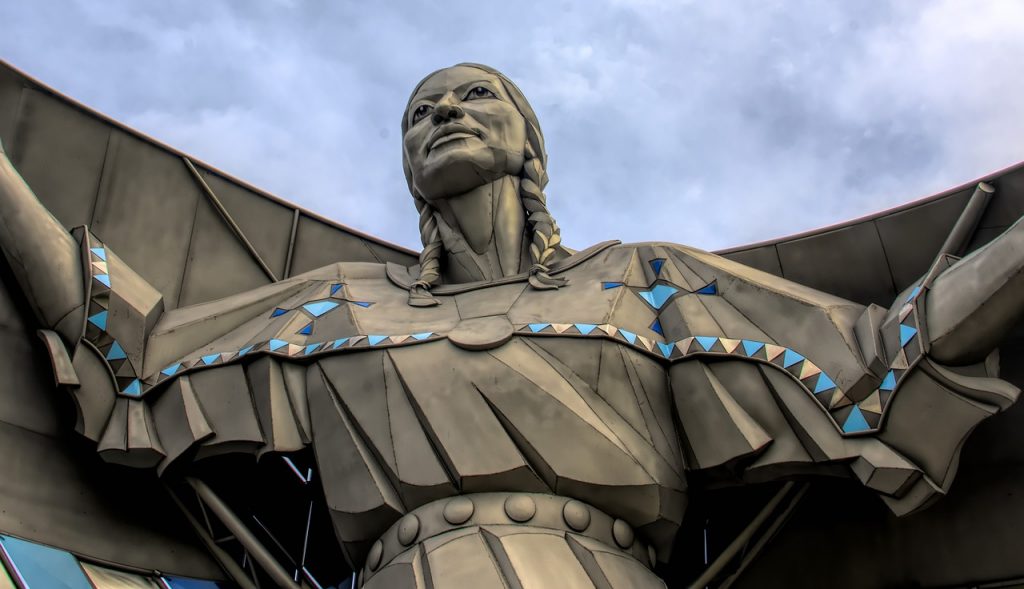 Every era has its own ideology that creates assumptions and drives actions. At the turn of the century, titans like J.P. Morgan believed that monopolized industries provided stability against the disruptive influence of competition. More recently, the end of the Cold War was supposed to usher in a new era of capitalism and democracy.

It didn’t work out that way. Instead we got oligarchy, authoritarian populism and we lost trust in the institutions that used to govern our society. In America, even competitive capitalism has been greatly weakened. We believed that we could leave everything up to market and technological forces, but they failed us.

Today, we are in the midst of a set of profound generational shifts that will rapidly transform our society over the next decade. As we have throughout history, we will need to own up to our past mistakes and chart a new course. That will mean focusing less on technocratic solutions and more on building a culture rooted in basic dignity and respect.

The Rise Of Merit

In 1940, James Conant, the President of Harvard, gave a talk at the University of California that was soon republished in The Atlantic magazine. Entitled, “Education for a Classless Society,” it advocated for the idea of social mobility based on merit, rather than privilege being handed down through inheritance.

To support this ambition, Conant championed the Scholastic Aptitude Test (SAT) to help identify talented students for scholarships to Harvard. His hope, largely realized, was that other schools would follow suit and education in America would become a sorting mechanism, choosing men (at the time, it was largely white men) to receive advanced professional training.

Today, we have so thoroughly internalized Conant’s ideal that it’s hard to imagine that things could ever have been any different. College has largely become a prerequisite to a successful career and getting more kids to go to college is a top priority. The federal government spends about $80 billion on higher education programs, but less than $2 billion for vocational training.

As Michael Sandel points out in The Tyranny of Merit, this sorting system has had an insidious effect on our culture. Those who are deemed worthy get all the benefits that society has to offer. Those that are not, are not only left behind, but are seen as “takers” rather than “makers” and therefore undeserving of even basic things like access to health and child care.

Once you accept the premise of meritocracy, the next logical step would be to optimize for meritocratic traits. We could, following the path James Conant established, develop a series of standardized tests to identify and reward our best students. And why stop there? Why not rate our teachers by their ability to produce students who get the best scores.

We can then extend that approach to all spheres of society. How should we best evaluate and manage the performance of an enterprise? Focus on shareholder value. How are we progressing as a society? Simply look at the GDP and job growth numbers and you should have a pretty good idea. What about countries that are falling behind? Well, just develop a standard reform package and then paint by numbers!

Eventually a clear doctrine emerged: A technocratic elite identifies a minimal number of key performance indicators and then, applying rigorous analytical techniques, devises a strategy to optimize based on those metrics. As the technocrats learn, they begin to build systems to increase efficiency and, eventually, those systems become encoded in algorithms.

This engineering mindset has prevailed for more than a generation and it has failed us. Except for a small slice of society, we’ve become poorer, sicker and more vulnerable. Our markets have weakened. We pay more and get less. We’re not only less happy, anxiety and depression have risen to epidemic levels.

Yet perhaps the most insidious effect of meritocracy and the engineering mindset is how we treat each other. If we believe that we have been anointed, through our talent and effort, for better things, we feel emboldened to consider our fellow citizens as something less than ourselves, which breeds not only inequality, but resentment and mistrust.

In just one month in 1989, the world saw both the fall of the Berlin Wall and the emergence of the World Wide Web, both of which unleashed enormous enthusiasm and opportunity. We thought we were entering a new era in which democracy, free markets and technology would bring about a better world. We were wrong.

It wasn’t all a mirage. There were genuine accomplishments. I lived in post-communist countries in Eastern Europe for 15 years and the progress made was truly amazing. Miracle cures like cancer immunotherapy have saved millions of lives. The Internet has made it possible for an ordinary teenager today to have better access to information than a professional researcher at a major institution did a generation ago. Those are all great things.

Yet we are, in so many ways, worse off than we were 30 years ago. Productivity growth has been depressed, except for a short uptick from 1996-2004. Despite medical breakthroughs, life expectancy in the US has been declining. Markets are less free and less competitive. Poland and Hungary, previous models of democratic reform, have backslid. Even social mobility in the US, the entire aim or the meritocratic project, has been significantly diminished.

It’s time to hold ourselves accountable and chart a new course. Organizations are more than simple units of production. They are workplaces and members of communities. People are far more than economic inputs that can be reduced to resumes and statistics, but human beings worthy of dignity and respect.

People as Ends in Themselves

One of the things I learned managing companies is how much more effective you can be if you assume that everybody wants to do a good job. It makes it possible to waste less time engineering incentives or enforcing rules and focus more on helping everybody actualize their potential. When you encounter the occasional bad apple, it’s not hard to fire them.

In much the same way, we need to learn to focus less on quantifiable signs of merit and more on dignity by treating people as ends in themselves rather than means to an end. Once you do that, it becomes obvious that everybody needs access to health care, that every child should be educated and that everybody deserves to feel safe in their community and in their home.

After all, who says that an anesthesiologist is more worthy than a hospice worker. Or that someone who makes a million dollars a year selling enterprise software makes a greater contribution to society than someone who works in a grocery store during a pandemic. Remuneration simply cannot be the only measure of value.

In the final analysis, ideology should serve people, not the other way around. The success of a society needs to be measured by the well-being of those who live in it. If we increase GDP, but our air and water are more polluted, our children less educated, we live unhappy lives and die deaths of despair, what have we really gained?

Greg Satell is a popular speaker and consultant. His latest book, Cascades: How to Create a Movement That Drives Transformational Change, is available now. Follow his blog at Digital Tonto or on Twitter @Digital Tonto.
View all posts by Greg Satell →
This entry was posted in Change. Bookmark the permalink.